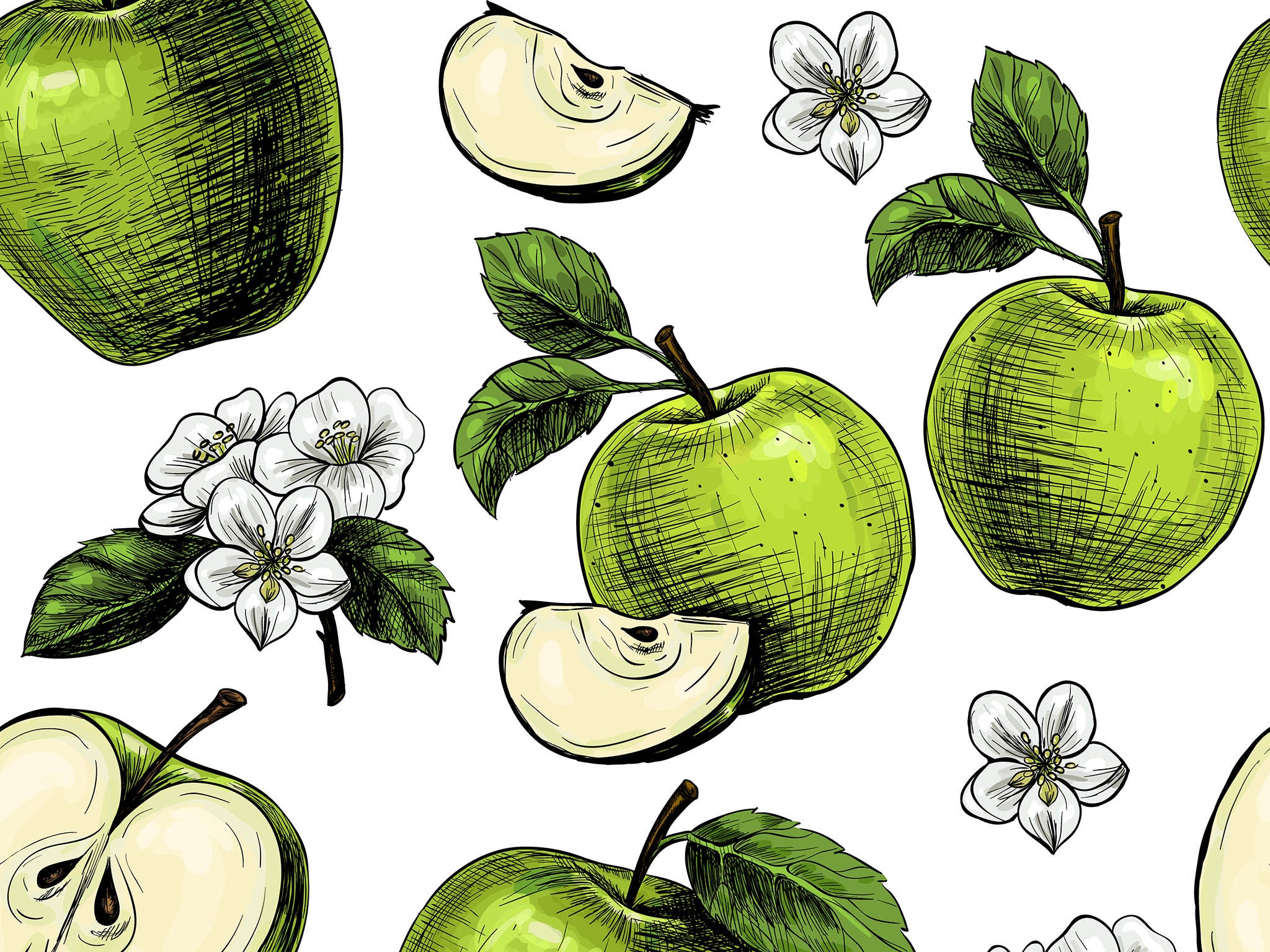 When Adam Hayward retired from teaching science, he headed to the back garden, dug out the leylandii and taught himself how to graft fruit trees.

Lots and lots of apples, in fact over two thousand different varieties, a sight that never ceases to impress Hayward.

“That’s quite a mind boggling number, to look out over a field and think there are 2,200 different apple varieties there,” he says.

Brogdale has two trees of each, bringing the total count to 4,400.

It’s a reminder that there is a lot more diversity than we see at the supermarket where the usual suspects – gala, pink lady and golden delicious –  take up shelf space.

And perhaps we’re so used to seeing apples on sale 365 days a year that we take them for granted.

Three new – and very different – books are out this autumn on apples, encouraging us to think again.

You could say that apples are in James Rich’s DNA. His family has been making cider in Somerset for generations.

As a teen, he worked in the cider farm’s restaurant and helped out in the orchards, even climbing into the 5,700 litre oak vats used during fermentation to clean them.

A keen home cook (he learned the fundamentals from his grandmother), he has now turned family recipes as well as his own creations into Apple: Recipes from the Orchard.

The book features almost 100 recipes, from quick bites such as his apple, turmeric and fennel soup – a dish that balances the sweetness of apples with earthy turmeric and a hit of heat from fresh chilli.

A section dedicated to feasts focuses on more substantial fare with classics like mussels in cider and chicken, cider and Cheddar crumble. A favourite from sides and sauces is his take on apple syrup or appelstroop – a thick, syrupy reduction of apple juice combined with lemon and spices.

Rich recommends drizzling it over yoghurt, using it instead of jam, as well as in savoury dishes such as his sweet and sticky ribs.

You can clearly see Rich’s love of apples. To start with, apple trees are the ultimate in zero waste agriculture. Use the fragrant early spring blossoms – helpfully, high in antioxidants – in teas and infusions, add them to cocktails, or as a garnish.

Fallen apples find their way into apple juice or cider, while any dead wood is superb for smoking food. They’re versatile too – there are varieties for munching out of hand, for pie making, baking, apples for vinegar and apple sauce, and of course cider apples.

It’s the cider apple that is celebrated in Jason Wilson’s new book The Cider Revival: Dispatches from the Orchard. Wilson, a drinks writer, charts his journey into the heart of apple growing and cider making areas of the US and sets out to show that heritage cider – forget the sickly sweet stuff – is much more complex and quaffable than you might think.

Unlike craft beers, cider isn’t brewed – it’s more like apple wine, he says. And while there are 1,400 known wine grapes in the world, there are 7,500 apple varieties that are cultivated.

Historically, America was a cider drinking nation – Wilson notes that in the late 1700s, the average person living in Massachusetts drank about 160 litres of cider each year. That dropped with the arrival of beer, and then prohibition. While cider is a respected beverage in Britain, France, and Spain, amongst other places, it never regained its early popularity in the US.

But that’s changing, Wilson says. There’s been a huge increase in cideries – in 2011 there were only 187 registered in America, while in 2018 there were more than 800.

It’s the heritage makers that Wilson champions, with a special fondness for the apple growers and cider makers of New York State.

The results can be funky and fizzy or something that has the structure of red wine. While the basic idea is simple – pick, press and bottle – there are countless questions besieging the cider maker from how fermentation will occur and what yeast to use (or to skip yeast altogether and go for wild fermentation).

While larger big brand ciders might rely on dessert apples (thus the cloying sweetness), the cider makers Wilson introduces us to use traditional cider apples that can have 10 times more tannins.

Slowly, heritage cider makers are gaining notice and the respect they deserve, like Aaron Burr Cidery that now boasts bottles on drinks menus in Michelin-starred restaurants. By the end of the book, you’ll congratulate yourself if you’re already a cider fan. If you’re not, you’re likely be a convert.

And not a new book, but a jaw-droppingly gorgeous reissue comes in the form of RHS The Apple Book by Rosie Saunders.

If you have any doubt that apples are not only diverse but also things of beauty, then simply flick through the pages. There are handy bits about apple classification and how to grow apples, but the real stars of the show are Sanders’ meticulous watercolours of apples – some 144 in total. Sanders is clearly smitten with apples and her illustrations share the love.

Finger Lakes Cider Week in New York State wraps up this weekend with a host of events, tours and tastings. On 5 October, you can visit Black Diamond Cidery where they grow more than 100 varieties of cider apple, and taste its new champagne style cider release kite & string, or go on a soil to glass orchard tour and tasting at Eve’s Cidery wihch includes a cider and food pairing.

The National Apple Festival runs 19 and 20 October at Brogdale in Kent. There will be tractor trailer or walking tours of the orchards and their 2,200 varieties of apples, talks on espalier training, bee keeping and brewery tours, and you can bring your own mystery apples to be identified by expert pomologist Dr Joan Morgan.