Home
/
FOOD & FRIENDS
/
Why barbecuing is not all about the meat 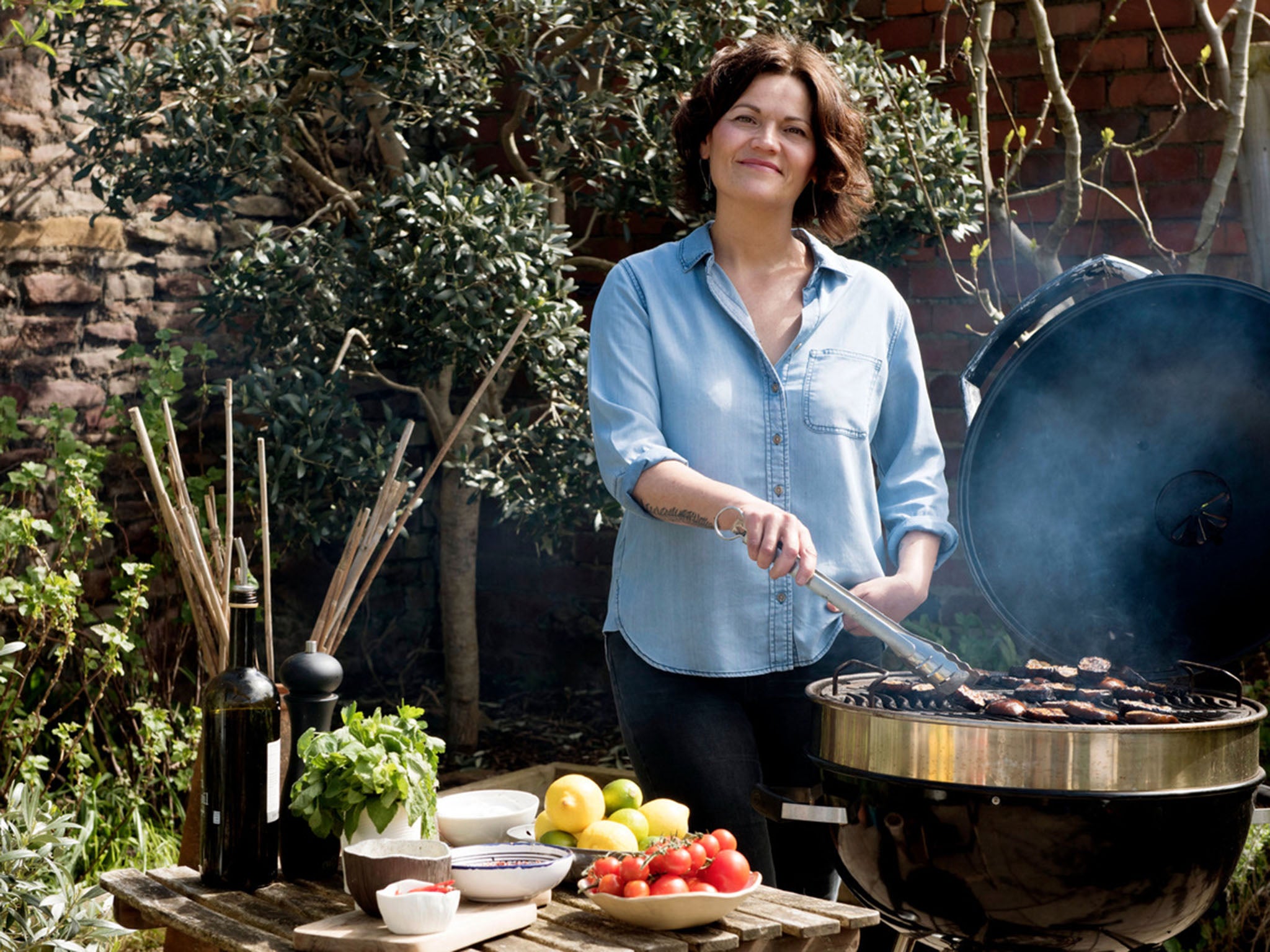 Barbecue is big. Live-fire cooking in restaurants is all the rage, and BBQ fanatics can indulge in smoke, fire and sizzle at barbeque festivals and competitions that take place across the UK.

Whether it’s low and slow or hot and fast, we’re a nation in love with barbecued food.

But think barbecue and you might think blokes, beer and beef. Yes, National Barbecue Week (on through 2 June) says our favourite foods to barbecue are burgers and sausages but veggies – typically relegated to soggy sides – are making a play for space on our grills.

And they’ve got a keen supporter in Genevieve Taylor, author of Charred: The complete guide to vegetarian grilling and BBQ.

Cooking meat also raises the thorny question of figuring out when it’s done, so your guests leave as healthy as they arrived. “Vegetables are much more forgiving

Taylor says that the very things we love about barbecued meat go for vegetables too.

Fire and smoke flavour food intensely, caramelising and browning the surface (the famed Maillard reaction) and leaving edges crispy and charred. She says vegetables are naturals for the grill and can be easier to barbecue than meat. “With meat cooking, you have to be quite careful with the temperature,” she says.

“So you either do it very low and slow to relax the fibres in the proteins or you do it very hot and fast so you don’t contract them.”

Cooking meat also raises the thorny question of figuring out when it’s done, so your guests leave as healthy as they arrived. “Vegetables are much more forgiving,” she says. They can also handle higher direct heat than meat and love a hit of smoke.

Taylor, the author of nine cookbooks including The Ultimate Wood Fired Oven Cookbook and How to Eat Outside, is a huge fan of open fire cooking. “I’m really happiest outside – that’s where I want to be. Everybody wants feeding three times day so I always say if I can take some of that outside and free myself from the shackles of the kitchen, then I’m a happier person.”

In Charred, she shares the basics on how to get the most out of veg on the barbecue. Some vegetables benefit from cooking briefly before, like her Barbecue sauce glazed cauliflower which is cooked, tossed with olive oil and polenta (for extra crispiness) then barbecued. Something more delicate like Carrot and cumin fritters can be cooked on a plancha or heavy-based frying pan over open fire to develop a lovely smoky flavour.

Taylor says inspiration for the book came from her own allotment which is an oasis. “When I’m home, I always feel like I’ve got to do something else – answer emails or do the washing or do the shopping. When I go to my allotment, I just go there to garden.” The allotment also provided a ready supply of veg for recipe development and testing.

Barbecuing is also blissfully low-tech. You be very basic with a bucket, some charcoal and an old grill to lay across the top

“I’d always chuck everything on the barbecue to see what happened and the good things went in the book,” she says. There were several pleasant surprises like mushrooms. “Because of all the gills, they’ve got such big surfaces, they just absorb smoke in a really beautiful way.” Parsnips were another winner, becoming intensely sweet and smoky. Even tomatoes which are notoriously tricky to barbecue (they love to stick to the grill and then collapse) can get the BBQ treatment. “The best way I found to do it, is on a really thin baking sheet so you don’t have any of that worry about them sticking to the grill bars.”

Hopes are that Charred will tap into the growing interest in plant-based eating. The number of vegans in the UK quadrupled from 2014-2018 and even committed omnivores are opting for more veg and less meat. Taylor – a self-taught cook who started her professional life as a wildlife television producer – will be spreading the word with appearances at festivals and cooking demonstrations throughout the summer.

Taylor says barbecuing is also blissfully low-tech. She recommends a chimney starter – a metal cylinder with air holes to help get charcoal started. But you can get even more basic, she says with a bucket, some charcoal and an old grill to lay across the top. “If it’s just you and the fire and good ingredients, then I think that is really liberating,” she says.

Taylor barbecues throughout the year, using a gas grill in the winter to cook something quickly. For warmer weather, it’s about slowing down and enjoying the process as much as the end result. “You can’t put times on things, really, because your fire will be different from my fire, and the fire I lit yesterday will be different to the fire I light next week.”

It all comes down to fuel, weather and wind, she says. It’s a more intuitive way to cook and one that suits Taylor – and a growing barbecue fan base – to a T.