Home
/
FOOD & FRIENDS
/
Why are school lunches still so unhealthy? 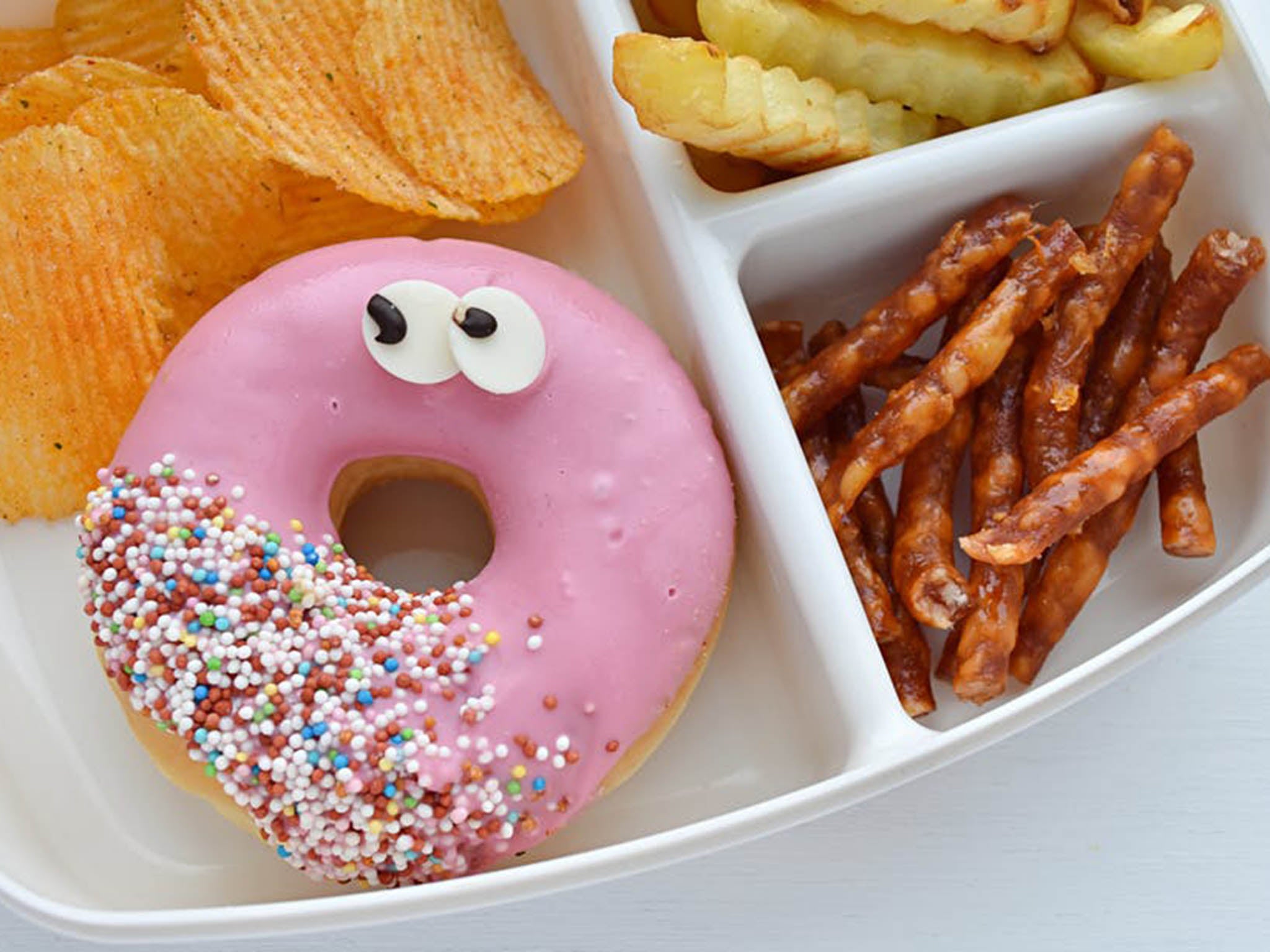 There are more than 91 million school children worldwide now defined as living with obesity – and the UK is in the top 20 countries for obesity levels.

In the UK, the obesity rate for children doubles during primary school years – and then increases again in secondary school. This is in part because teenagers in the UK consume poor quality diets, low in nutrients and high in processed foods.

Indeed, girls in England do not get essential nutrients required for reproductive and overall good health (vitamin A, folate, iron). And young people are also generally low in at least five micronutrients needed for development, immunity, mood and energy levels.

Teenagers in the UK also consume the highest amount of added sugars and sugary drinks compared to all other age groups. Teenagers also consume the highest amount of breakfast cereal products (that are also known to be filled with sugar), and confectionery. And only 4 per cent of UK teens meet daily fibre recommendations. This is concerning given that dietary fibre is associated with a decreased risk of heart disease, type 2 diabetes and cancer. Young people are also only eating around two and half portions of their recommended five a day of fruit and vegetables.

Research also shows that teenagers from disadvantaged backgrounds have lower micronutrient and fibre intake than their more well-off peers. And findings from the Food Foundation think tank show that almost 4 million children in the UK live in households that struggle to afford to buy enough fruit, vegetables, fish and other healthy foods to meet the official nutrition guidelines.

These types of dietary patterns can not only have negative consequences on the physical health of teenagers, but they can also impact their mental health. Research shows malnourished teens are less likely to fulfil their potential at school, and more likely to suffer with poor mental health.

Why the poor choices?

But brain changes that occur with puberty coincide with the transition to secondary school and these changes can influence attitudes and behaviours in all areas – including healthy eating. The desire to fit in is strong, and liking healthy food can be seen as “uncool” by teens. Young people also place great importance on social time within the school day. And many teenagers describe the school dining hall as an intimidating place with poor food choices and teachers roaming – making it somewhere they would rather avoid. There’s also often long queues and a lack of perceived privacy in school canteens – which can lead to teenagers skipping lunch and getting most of their energy intake at morning break or at the end of the school day from local food outlets.

There’s also the wider issue that school food policy has failed to sustain quality nutrition – particularly in secondary schools. Researchers from the Jamie Oliver Foundation were alarmed to find many schools are still serving high fat and sugary foods at break and lunch – including pasties, pizza, doughnuts, muffins and cookies, often in large portion sizes. This is despite Oliver campaigning tirelessly over the last decade to change the nation’s eating habits after Jamie’s School Dinners aired in 2005 to reveal the terrible standards of school food in the UK. Oliver has since said that his push to improve nutrition for children didn’t work because eating well is still seen as a “posh and middle-class” concern.

A lack of continuity between successive governments and poor consistency in the evaluation of school food standards may also be to blame. Indeed, the current school food plan that provides practical and specific guidance on the types of food and drinks schools should and shouldn’t offer – has not been evaluated since 2013. And while it’s a requirement for schools to follow this plan, in reality there can be a great deal of difference in how schools feed their children.

Research shows that eating habits people pick up in their youth tend to track into adulthood, which makes the teenage years an important stage to start forming healthy habits. So rather than placing the full responsibility of food choice onto teens, more needs to be done to enable young people to make healthier choices.

This can include consulting with pupils to engage them in making decisions about the dining room environment and better food education. Reducing choices and streamlining menus has also been shown to improve healthier food choices. Though to improve teenager health in a sustained way, wider issues such as food advertising and food development also need to be looked at.

But of course it isn’t just all down to schools, parents can also help massively by creating a home environment that supports healthy eating. Here, patience is a must and convenience is key – offer carrots or chopped fruit when they are hungry coming through the door after school. And be the example – have fun trying new fruits or vegetables – and help kids to recognise that fuelling with nourishing foods impacts how we all feel, think, look and perform.

Kelly Rose is a PhD researcher in the school of science, engineering and design, Teesside University. This article was first published on The Conversation (theconversation.com)