Home
/
FOOD & FRIENDS
/
What takes place during royal state banquet with the Queen? 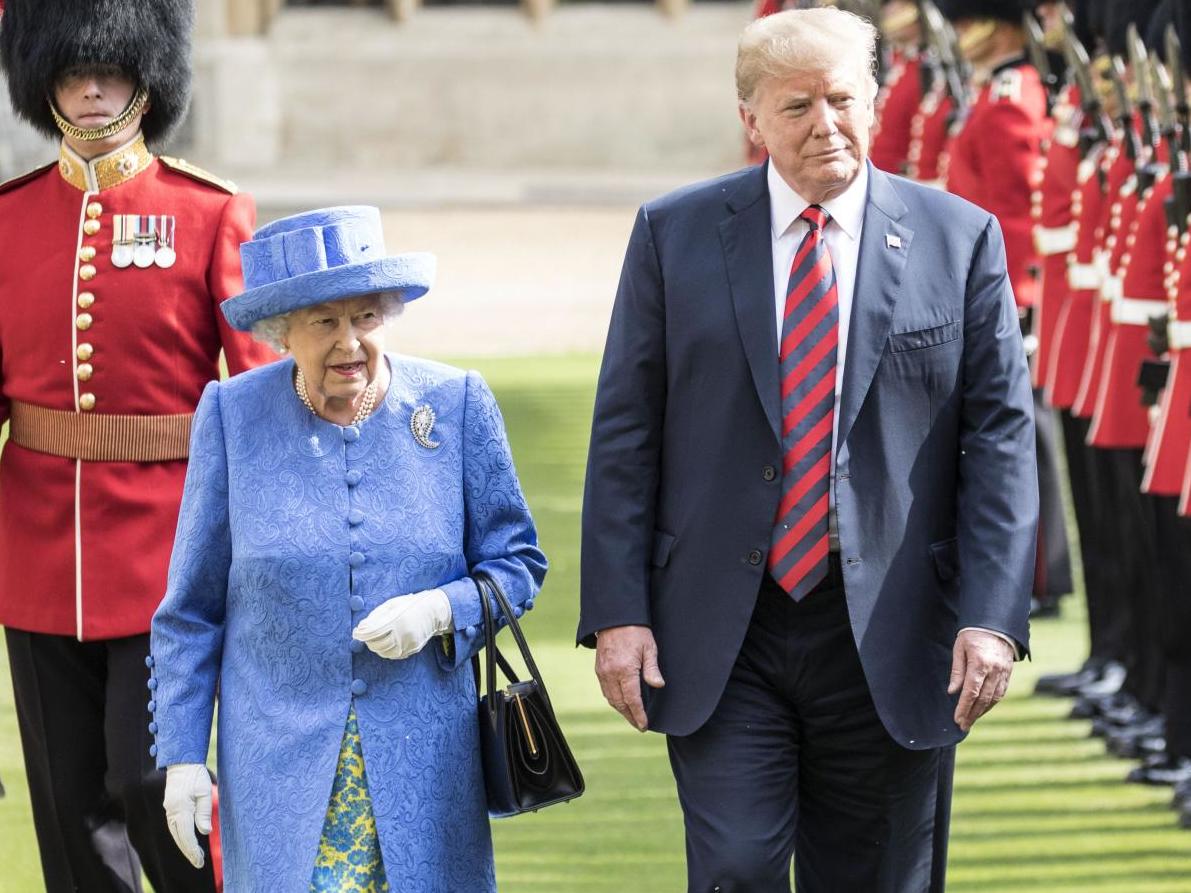 US president Donald Trump has arrived in London for his official UK state visit.

As part of the president’s three-day visit to Britain, he and US first lady Melania Trump will be hosted at Buckingham Palace for a royal state banquet with the Queen.

While the programme for state visits can vary depending on the foreign head of state in question, the royal banquet is a traditional aspect of the proceedings.

Here’s everything you need to know about what will take place during the banquet attended by Trump and the monarch:

When does the state banquet take place?

The state banquet takes place on the first evening of a state visit.

Therefore, the state banquet which will be attended by the Queen, Trump and a host of other dignitaries will be held on Monday 3 May.

In addition to the president and first lady of the US, around 150 guests will have been invited to the state banquet “on the basis of their cultural, diplomatic or economic links to the country being hosted”, the royal family’s official website outlines.

Invitations for the formal occasion are sent out approximately six weeks in advance.

What are the preparations that go into a state banquet?

These preparations involve the polishing of 5,500 silver-gilt pieces and 2,500 glass items, Harrold says.

“Five days before the dinner, the team constructs the horseshoe table,” the etiquette expert states, referencing the table at which the banquet’s attendees sit.

“Two days before, the Yeoman of the Glass and the China Pantry folds the napkins embroidered with the Queen’s monogram in a Dutch bonnet shape, and flower arrangements are started which will include 31 floral arrangements.”

Today, Buckingham Palace staff will have begun laying the table for the banquet at around 8am.

What takes place during the state banquet?

Before dinner is served at a state banquet, the Queen delivers a speech to her guests.

The dinner lasts for around an hour and 20 minutes, Harrold says, beginning with an orchestral performance.

According to the former royal butler, the meal typically consists of dishes including salmon, venison, apple crumble and a selection of fruit.

Following the meal 12 pipers walk around the room while playing their musical instruments, a tradition which was begun by Queen Victoria.

The guests are then led into Buckingham Palace’s State Rooms, where they are served coffee and handmade petits fours.

For all the latest on Trump’s UK state visit, visit The Independent‘s live blog here.