Home
/
FOOD & FRIENDS
/
What foods do people eat to celebrate? 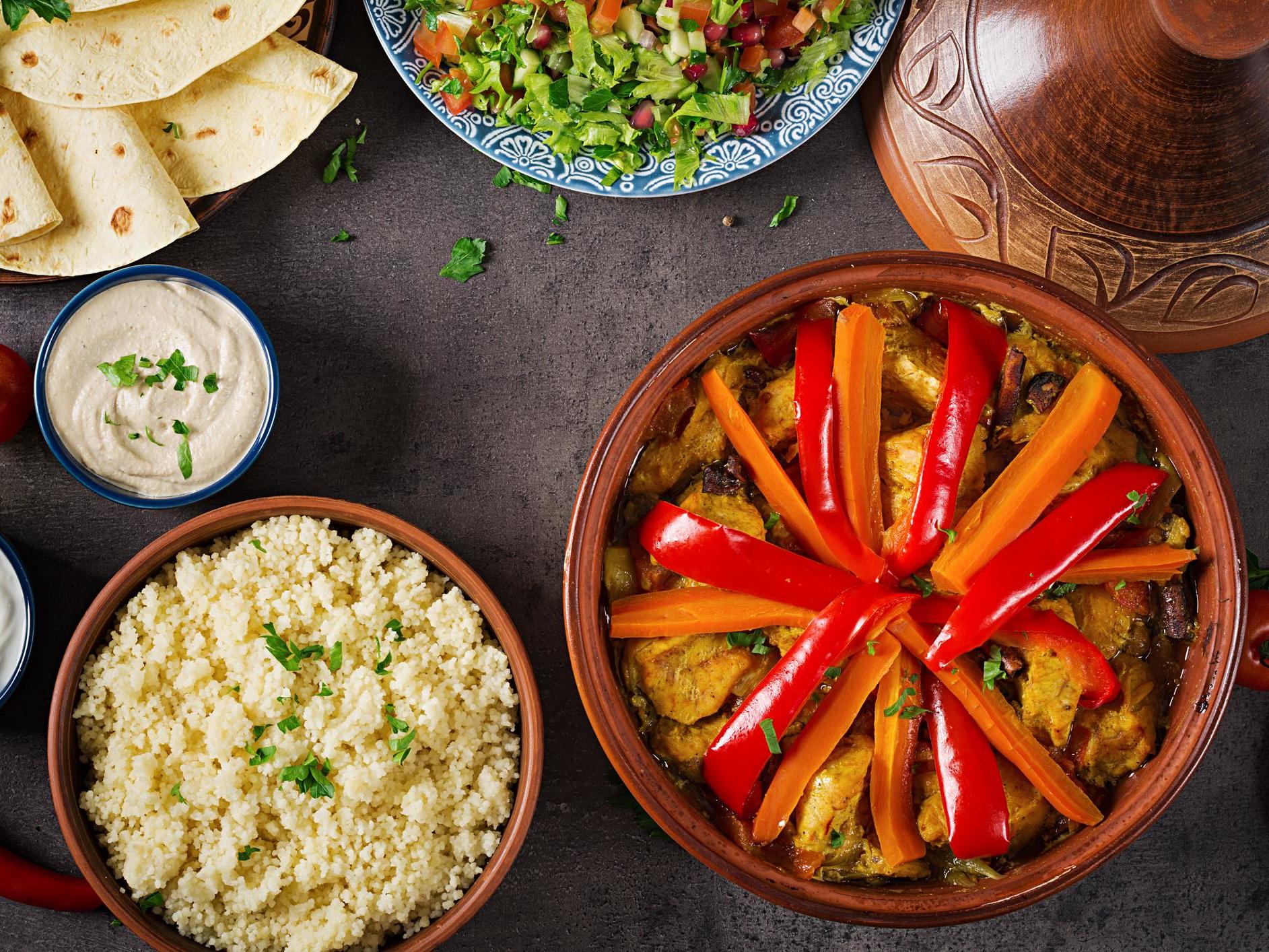 The celebration is the second significant religious festival of Islam – the first of the two observances is Eid al-Fitr – and is sometimes called “Salty Eid” because of the amount of savoury foods eaten compared to the predominantly sweet foods consumed as part of Eid-al-Fitr.

Eid-al-Adha requires the sacrifice of an animal for meat, usually sheep, as a commemoration of Ibrahim’s willingness to sacrifice his son in obedience of a command from Allah.

This means that there is a variety of dishes containing lamb and mutton.

Read on for our roundup of the different foods eaten during Eid-al-Adha.

It is usually served along stews, tagines and other curries.

An Eid-al-Adha feast includes a variety of dishes that can be made vegetarian.

In Morocco, tagine is a popular choice. The dish consists of a savoury stew steamed with vegetables. You can also add poultry, meat or fish to it and it’s often served with couscous.

Korma is another dish that can be either vegan-friendly or be made with meat.

It is a curry that is popular in the Indian subcontinent and is made with vegetables or meat that have been braised with cream or yoghurt, water stock and spices to produce a thick sauce.

Like most other curries, korma is typically served with rice.

Maqluba is popular in Middle Eastern countries and consists of fried vegetables, meat and rice cooked together in a pot which is then flipped upside down to serve as a large savoury cake.

Tufahije is a popular Bosnian dessert made by poaching apples in sugar water, filling them with nuts and topping with whipped ice cream or crème fraiche. It is usually served in a large glass.

The dish is made by cooking vermicelli in milk till it softens and the mixture thickens. Dried fruit is then added on top.

These buttery, shortbread pastries are popular in Lebanon.

They are usually filled with walnuts, pistachios, sugar and rose water.