Home
/
FOOD & FRIENDS
/
What are the laws for drinking on public transport in the UK? 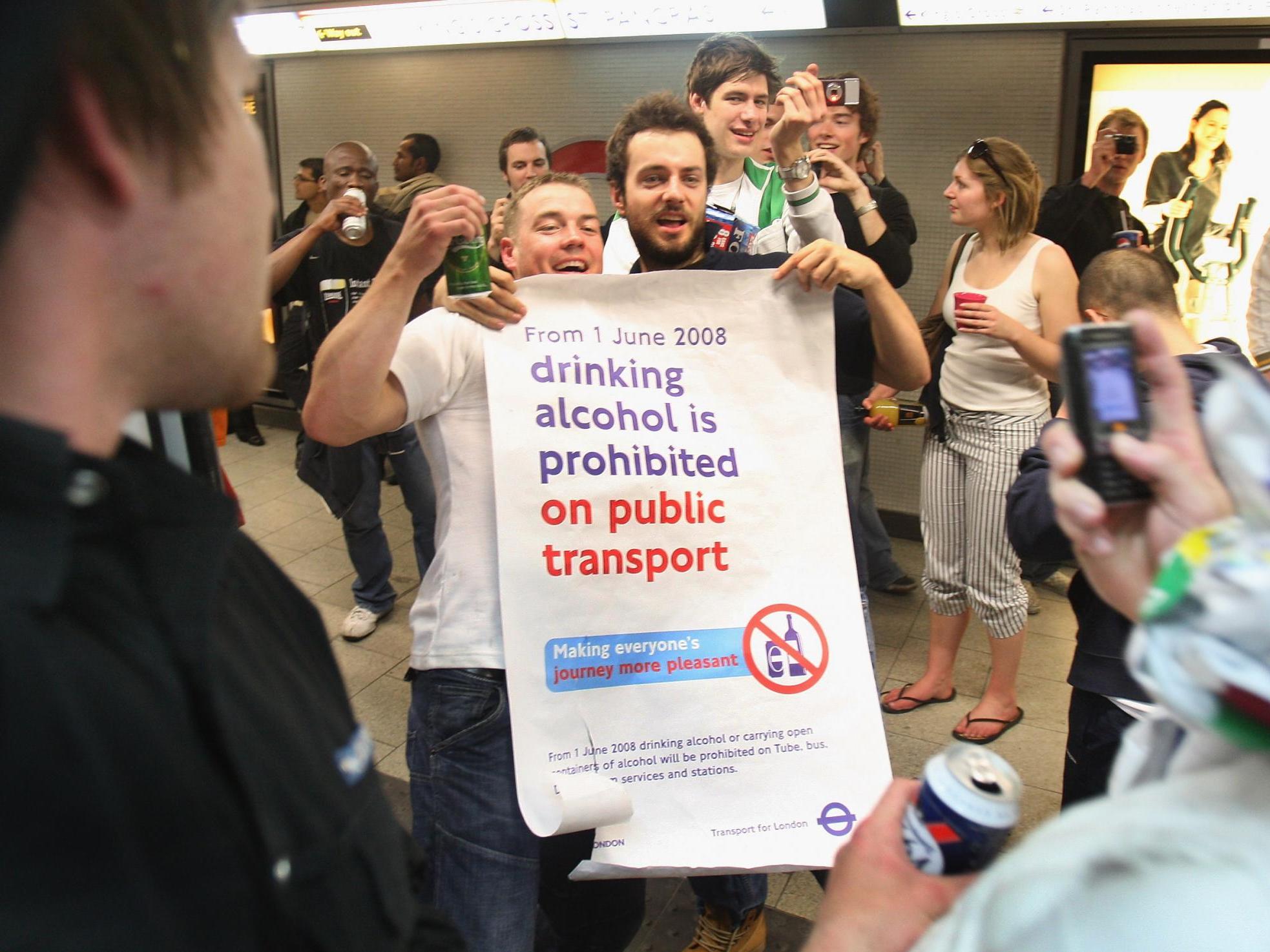 Despite having been banned by Transport for London (TfL) more than a decade ago, it seems that many people are unaware that drinking alcohol on public transport in the capital is not allowed.

“I have never seen a sign saying you can’t drink on the London Overground! I didn’t know you couldn’t,” Labour MP Alex Sobel recently tweeted.

While consumption of alcohol is banned on the Tube and on buses in London, are the same rules upheld across the rest of the nation?

Here’s everything you need to know about the laws regarding drinking on public transport in the UK:

On 1 June 2008, drinking on public transport in the capital became illegal under the supervision of former London mayor Boris Johnson.

In addition to consuming alcoholic beverages, it’s also illegal to carry open containers of alcohol on the public transport network.

“I’m determined to improve the safety and security of public transport in London and create a better environment for the millions of Londoners who rely on it,” Johnson said at the time.

On most trains in England and Wales, drinking alcohol is allowed.

However, train operators may opt to run “dry” trains, meaning passengers cannot bring alcohol on board nor consume it.

This will usually happen in the instance of a sporting event.

When an alcohol ban occurs on a train, notices will be put up informing passengers of the regulation in advance.

On British coach operator easyBus, passengers are not allowed to bring alcoholic beverages on board “with the intention of consuming them”.

Nottingham City Transport similarly states that drinking alcohol is not permitted on the bus.

Passengers on trains and buses in northern Ireland are banned from drinking alcohol.

Translink, the northern Ireland public transport company, states in its passenger transport guide: “Please do not consume alcohol on rail or bus services within northern Ireland, except when purchased from the bar onboard the cross-border Enterprise service.”

The cross-border Enterprise service runs between Dublin and Belfast.

When travelling on ScotRail, the national train operating company in Scotland, visible alcohol is banned from 9pm until 10am the next day.

During this time period, you are allowed to carry alcohol, as long as it’s kept concealed in a bag.

The sale of alcohol on ScotRail trains stops at 8.30pm.

Furthermore, if a passenger appears intoxicated to the point that they’re acting in a “disorderly manner”, the train company may not permit them on the train.