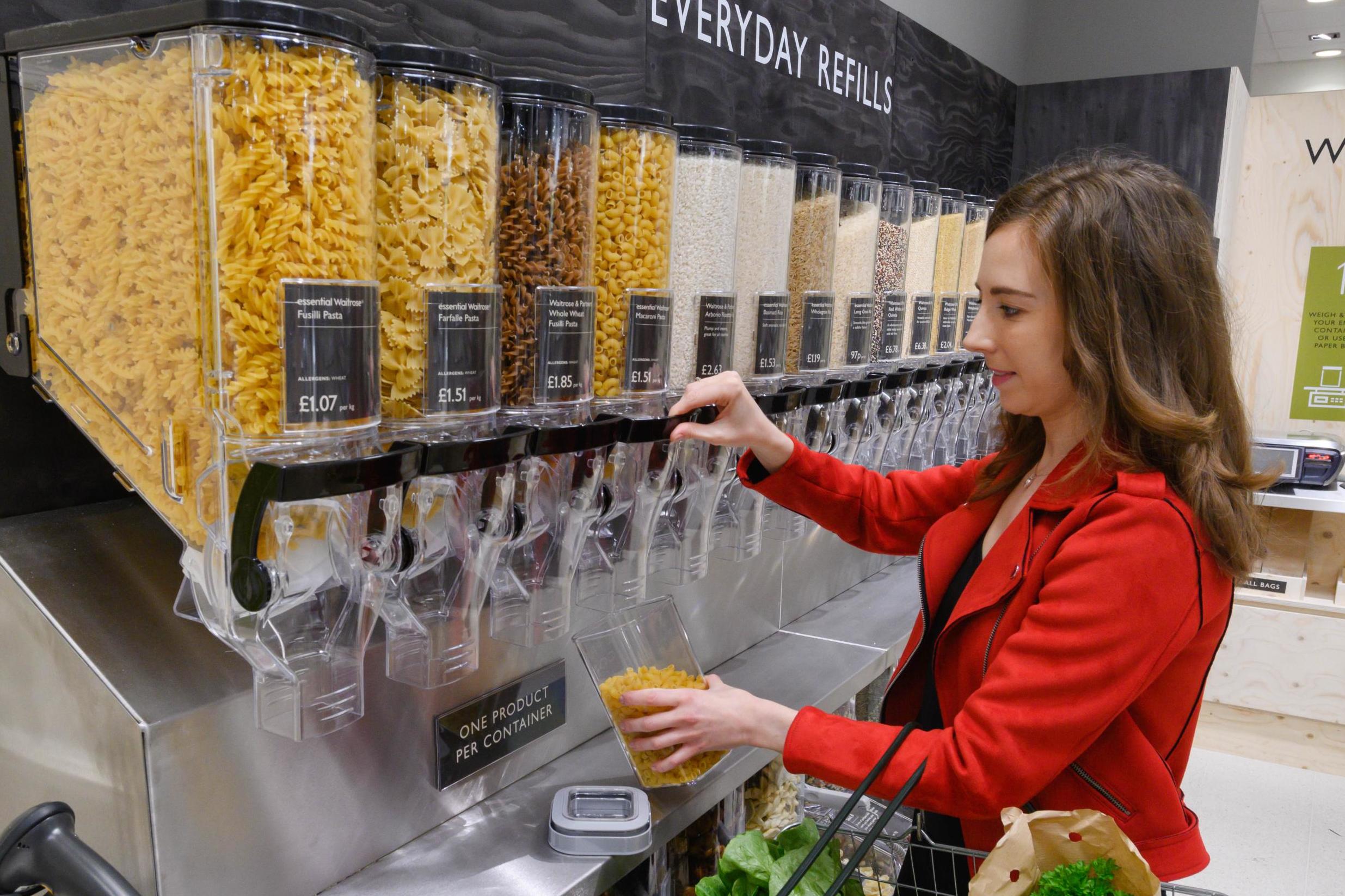 Waitrose is trialling a “bring your own” container scheme that encourages customers to buy and refill produce.

The supermarket chain, which is part of John Lewis & Partners, will start selling items such as cereals, pasta, coffee and rice in large dispensers as part of the concept, which it hopes will effectively reduce waste from plastic packaging.

Cleaning products and alcohol will also be available through dispensers.

Waitrose claims it will also be the first retailer to offer a pick and mix zone for frozen fruit as part of the “Waitrose Unpacked” trial, as it has been dubbed.

It will also offer a borrow-a-box scheme allowing shoppers to pay a £5 deposit to take a box home before returning it on their next visit.

Prices will be roughly 15 per cent cheaper in the refillable section compared to packaged items so as to encourage customers to make the most of the eco-friendly initiative.

The trial will run for 11 weeks until 18 August in the Botley Road store in Oxford. If deemed successful, the concept will be rolled out to the supermarket’s other shops around the UK.

Tor Harias, head of corporate social responsibility for Waitrose, said the project has “huge potential to shape how people might shop with us in the future”.

Harris continued: “We are determined to build on the work we’ve already done to reduce packaging – and this test will take our efforts to a whole new level as we help the growing number of customers who want to shop in a more sustainable way.”

Ariana Densham, an oceans campaigner for Greenpeace UK, described the move as “bold”.

“Lots of supermarkets are starting to sell loose fruit and vegetables, but this kind of innovation could spark a refill culture that’s so desperately needed to cut plastics in mainstream shops,” she added.