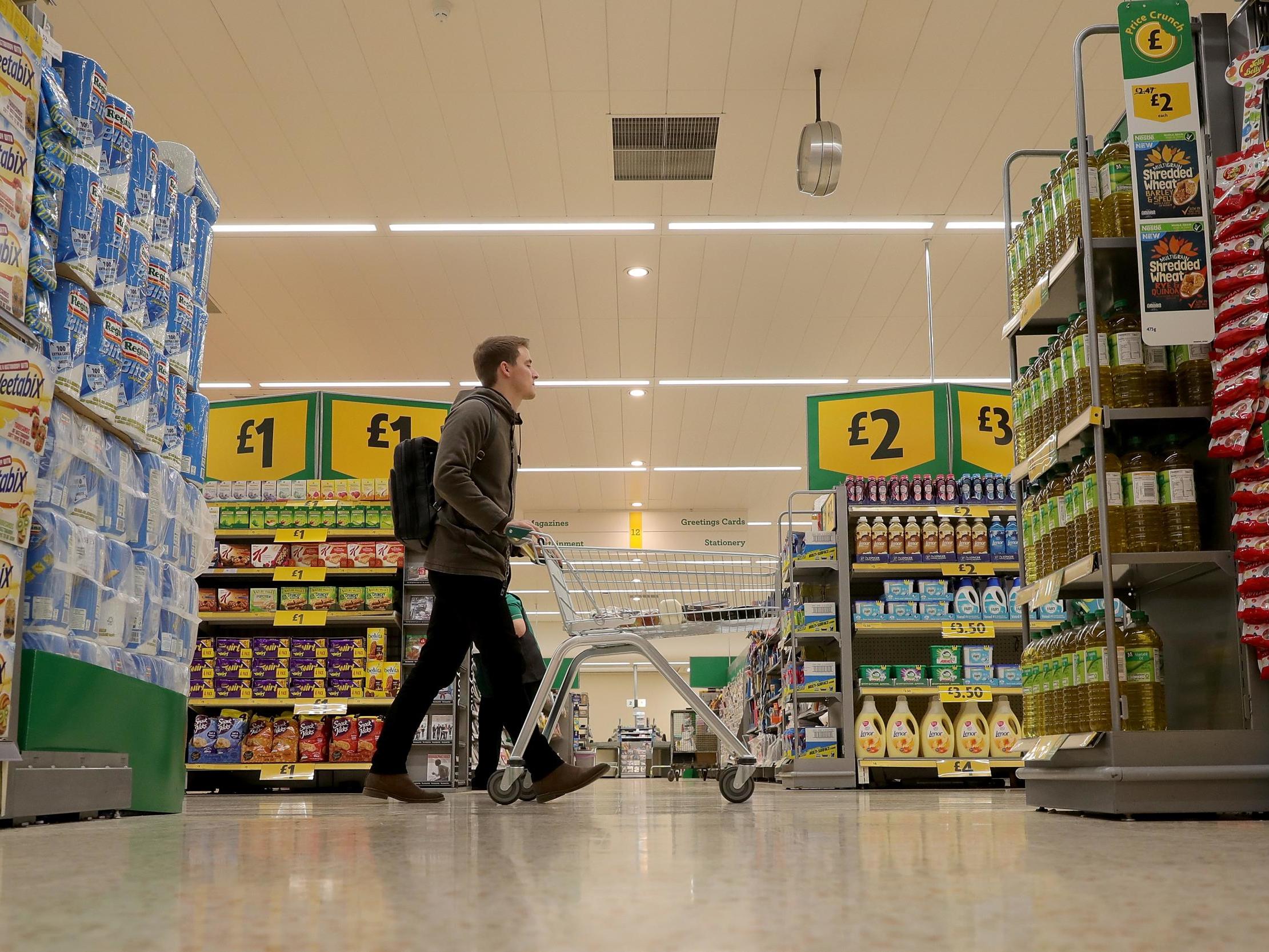 Almost half of packaging used by major UK supermarkets cannot be recycled easily, an investigation has revealed.

This makes it difficult for customers who wish to dispose of their waste correctly and increases the chance of it ending up in landfill, researchers say.

For the study, by consumer charity Which?, researchers analysed the packaging of 46 popular items from supermarkets including Aldi, Asda, Co-op, Marks & Spencer, and Tesco.

They looked at the component parts of the packaging and assessed whether each piece could be easily recycled.

According to Which?, products are deemed easy to recycle if they can be placed in household recycling and picked up by the council.

Their findings showed that 52 per cent of packaging met these requirements – including pieces with cardboard, glass and plastic.

But 42 per cent of the total supermarket packaging was found to be labelled either incorrectly or not at all.

Despite Morrisons recently announcing it will sell 20p paper carrier bags in all stores to reduce plastic waste, the supermarket was said to be the worst offender among those assessed.

The research showed that many of its own-brand items were packaged in non-recyclable plastic film. As a result, 61 per cent of its packaging is not easily recyclable, researchers say.

Meanwhile, 58 per cent of the packaging materials used by Co-op were also not widely recyclable.​

The study also showed that 48 per cent of the packaging in most supermarkets including Asda, Lidl, Ocado, and Sainsbury’s was not recyclable.

Tesco and Waitrose were named the best supermarkets for recyclable packaging, with just 40 per cent found not to be easily recycled.

When it came to labelling, Iceland was found to be the worst among the supermarkets, with only two in five (38 per cent) pieces of packaging correctly labelled.

That said, eight in 10 (78 per cent) of Asda’s products were found to be correctly labelled.

“Our research shows there is a lot more supermarkets and manufacturers can do to banish single-use plastics and make sure any packaging they do use is minimal, recyclable and correctly labelled, so that shoppers know exactly how they can recycle it,” says Natalie Hitchins of Which?

In order to reduce the waste that goes to landfill, Which? calls on the government to make labelling “mandatory, simple and clear as well as invest in better infrastructure to ensure that recycling is easy for everyone, regardless of where they live”.

In light of the study, a spokesperson from the Co-op told The Independent that the supermarket is reducing its use of plastic and, where it is used, it is making it 100 per cent easily recyclable or reusable by 2023.

The spokesperson added: “Overall, almost three out of four Co-op branded products are now widely recyclable, which accounts for 95 per cent of packaging for these products when measured by weight.”

A spokesperson from Morrisons described the research as “misleading” and said that the supermarket will be contesting their findings.

“Some 81 per cent of Morrisons plastic packaging is recyclable – and that’s across tens of thousands of items, not the 46 collected by Which?,” they added.

“Our focus will remain on working hard to remove unnecessary plastic and replace difficult-to-recycle packaging.”

The study comes days after more than 100 UK food businesses and organisations, including all major supermarkets, signed a pledge to drive down their food waste following a call to action from the government.

Tesco, Marks & Spencer, Waitrose and Unilever were among the companies that have vowed to halve food waste by 2030 in the UK, where an estimated 10.2 million tonnes of food and drink is thrown away annually.

Meanwhile, the Waste & Resources Action Programme (Wrap) has estimated that UK households spend £15bn each year on food that could have been eaten but ends up going to waste.

Find out how UK supermarkets are tackling plastic pollution and waste here.