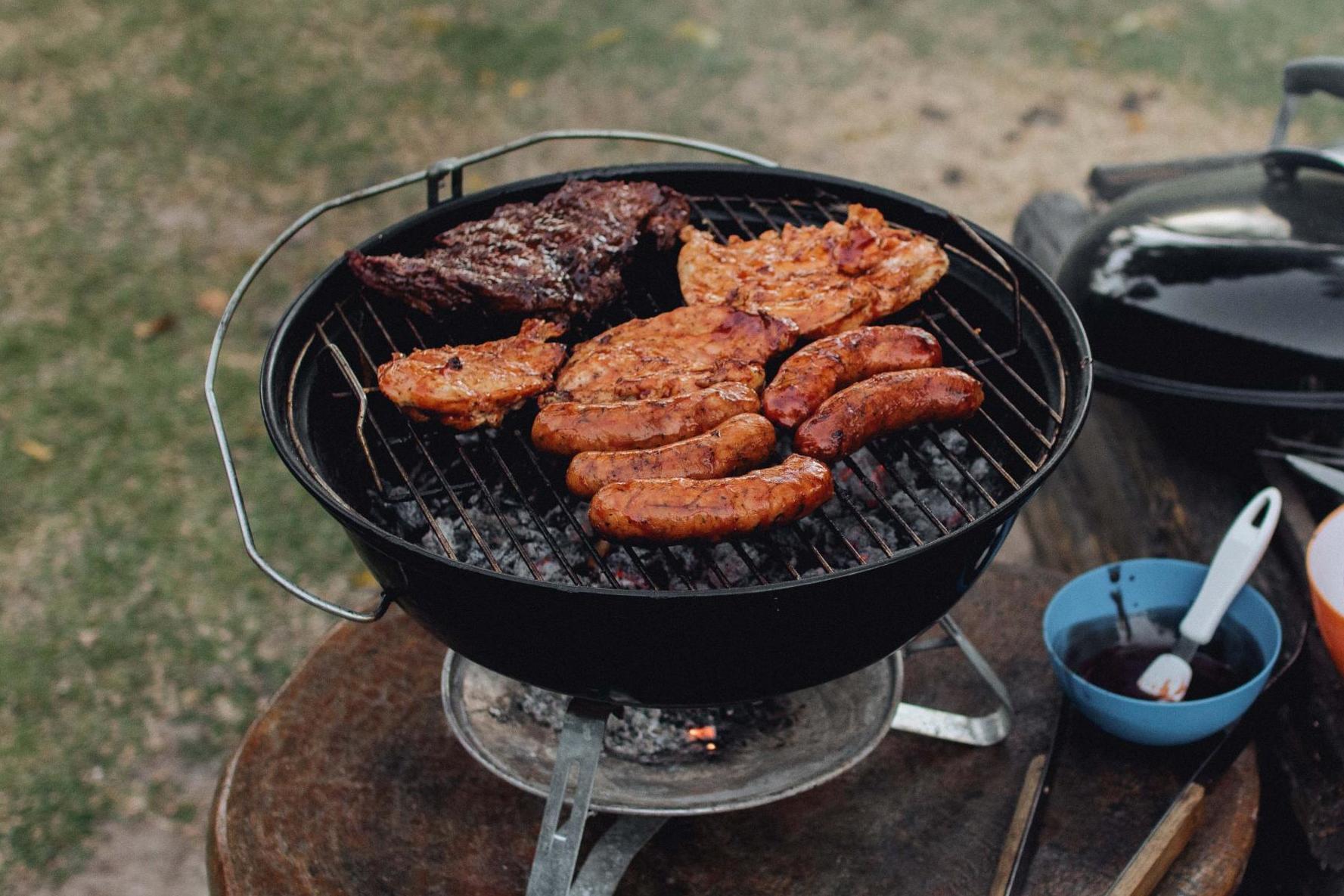 It’s the hottest day of the year with a scorching temperature of  up to 34C in some parts of the UK, and it’s only going to get warmer as the day goes on.

And with a heatwave hitting the UK on a weekend, there’s only one thing on people’s minds – firing up the barbecue for an al fresco dinner.

In theory, barbecuing meat should be incredibly simple, but many people are nervous about making sure it’s cooked through and end up with overcooked dry chicken breasts and rubbery burgers.

If meat isn’t cooked properly, there is the risk of food poisoning – charred on the outside doesn’t always mean cooked on the inside, as the Food Standards Agency points out.

When it comes to barbecuing burgers, sausages, kebabs, chicken and pork, they advise that before serving meat that you have cooked on the barbecue, always check that:

There is one simple tip to ensure your meat is safely cooked, while still maintaining the distinctive barbecue taste and experience: put it in the oven first and then finish it off for the final 10 minutes or so on the barbecue. This prevents the meat from drying out while safely cooking it through without sacrificing flavour.

Once you’ve mastered the basics of safely cooking the meat, here are a few expert barbecuing tips from top chefs at some of the UK’s finest restaurants to take your summery feast to a whole new level.

Season the meat in advance

According to David McIntyre, director of food and beverage and executive chef at 45 Park Lane, Mayfair, good seasoning is as important as using the proper cooking technique. He suggests using high quality sea salt, as the high mineral content brings our the “iron” flavour in meat.

“The fragrant oils in the black pepper combined with celery seed, paprika, onion and garlic ensure that the meat is seared with a delicious crust,” McIntyre explains to The Independent. “The seasoning needs sufficient time to permeate the meat so do this in advance.”

Invest your time in a great marinade

When marinating the meat, Gonzalo Luzarraga, chef of Rigo London in Fulham, recommends placing the meat with the fat side down to tenderise it. “I use one part brown sugar, one part salt, rosemary, garlic and black pepper,” he tells The Independent.

“We then remove the meat and reduce the marinating liquid to a syrup to use as glaze later,” Michelin-starred chef Chris Galvin explains to The Independent.

Get the heat just right

To make the most of your barbecue, you need to prepare in enough time: “You want to grill over red hot coals, not a direct flame, to ensure the cooking is consistent and intense,” McIntyre advises.

“The power of the hot coals will maintain a high temperature for a long time to give you the chard crust and caramelisation that grilling good meat is all about.”

Take the meat out of the fridge in advance

If you’re cooking a steak, it’s essential to take the meat out of the fridge to come to room temperature. “This will lower the steak’s cooking time as well as aid an even cooking of the meat,” McIntyre says. “If the steak is cold when you start to cook it, the outer part of the meat will overcook thus drying it out.”

Add wood to your coals for extra flavour

“I use cherry wood when making Peking duck,” reveals Andrew Wong of A Wong, Pimlico. “It gives a wonderful fruity aroma.” Wong explains that the cherry wood can be used in addition to coals, which will burn for longer than wood alone.

When Rob Roy Cameron of Top Cuvee in Highbury barbecues, he soaks wood chips in whisky before adding them to the coals just to finish the meat. “A good flavour from the smoke is so important,” he explains. “If you don’t have wood chip, fresh herbs work too.”

6. Cook over a gradient of heat

Before you start cooking, make sure that you have a gradient of heat. “That means having a high level of hot coal on one side of the grill, gradually going down to a medium/low level of heat on the other side,” McIntyre explains.

“Start cooking the food that will take the longest first as you don’t want to throw everything on the grill and have to wait half an hour for the double thick Porterhouse steak to finish up while the other dishes get cold.

“Start cooking your meat on a high heat to sear in all of the juices and start the process of caramelising of the meat. Once the meat is seared move it to a medium heat.”

Don’t wait to the last minute to rest the meat

“My top tip has to be for a ‘midway rest’ halfway through a cook,” Chris Shaill, former head chef at Barbecoa, tells The Independent. “Just grill your meat until it’s 10-15 degrees below the ideal temperature, then take it off and let it sit. This allows the meat catch up with itself and disperses the heat evenly throughout.”

“Once you’ve done that, flash cook it on both sides, rest it again briefly, and then serve up.”

And of course, don’t be impatient

Leaving the meat to relax a little after grilling ensures the juices are locked in, McIntyre explains. “This will also give you time to get all of the sides and sauces on the table before you serve the masterpiece you have just made,” he says.