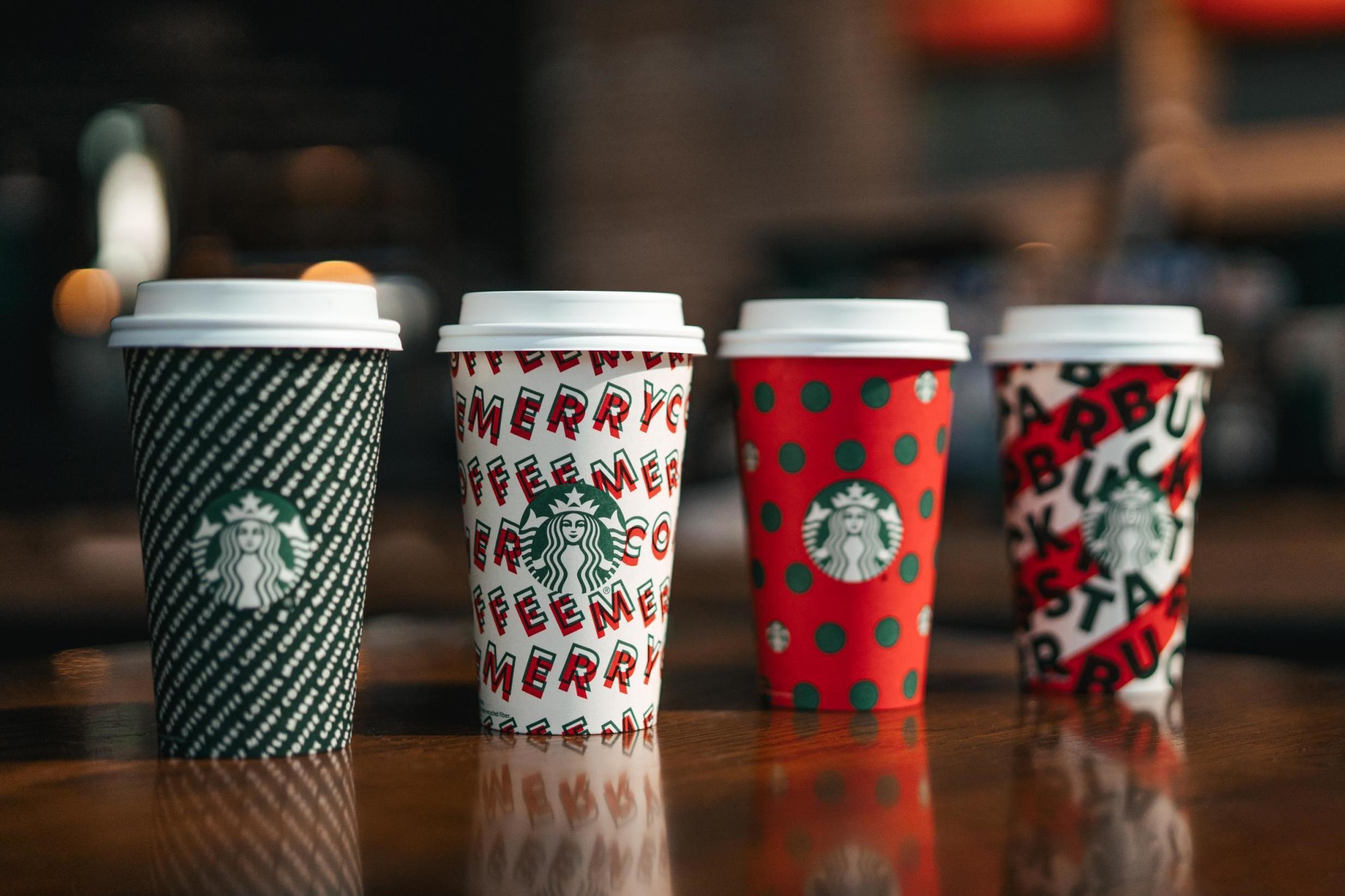 Starbucks has once again unveiled its annual holiday cups, signalling the start of the most festive time of year.

On Thursday, customers will officially be able to order the chain’s holiday drinks, which will be served in cups of red, white and green.

And it appears the coffee chain has listened to its customers’ wishes, as the cups are undeniably festive.

This year, the chain’s notoriously controversial cups, which were previously accused of not being “Christmas-themed” enough, feature designs such as green polka dots on a red background and red and white candy-cane stripes.

Two of the designs are emblazoned with the phrase “Merry Coffee,” repeated over and over again.

Customers will also receive a free, limited-edition reusable red cup with the same slogan when they order a holiday beverage – which also return on 7 November.

The chain will be selling a range of holiday-themed snacks as well, including gingerbread loaf and sugar plum danishes.

If that weren’t cheery enough, customers can also expect baristas to look the part, as Starbucks revealed to CNN that “you’ll see our partners all in red aprons this year”, adding that in the past the red aprons were worn “sort of infrequently”.

On social media, this year’s cup reveal has been well-received.

“The holiday cups are cute, good on Starbucks this year,” one person wrote.

Another said: “Starbucks’ holiday cups are so cute this year, I’m excited.”