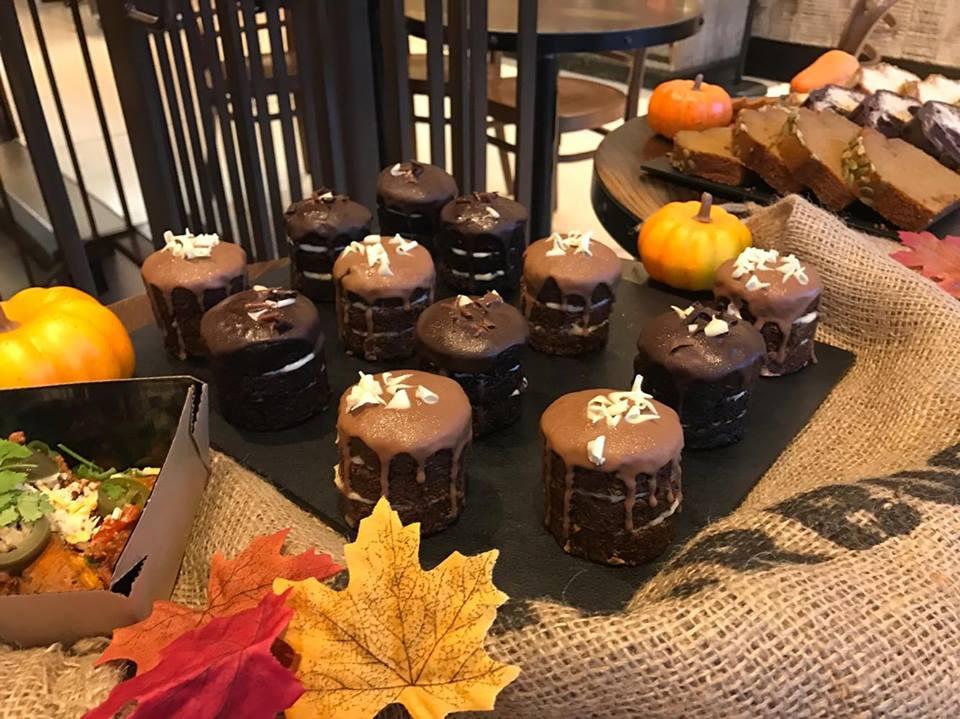 Some people love it and will happily pay the global coffee shop chain a visit everywhere they find it (and Instagram the iconic cup, of course).

Whereas others wouldn’t dream of setting foot in such an establishment, preferring their local independent brew spot, where bearded, man-bunned baristas serve up 20,000 different types of coffee.

But whether unicorn frappes or pumpkin spice lattes, Starbucks knows how to whip up excitement about their beverages.

One thing the company hasn’t typically been known for, however, is its food – but that’s changing.

Tomorrow, Starbucks launch their new autumn menu in the UK. Their team of food developers have been working on it for almost a year, and the aim is to bring more variety to the menu.

It’s been inspired by the company’s US heritage, and is also clearly catering to our growing interest in healthy food.

We managed to get out hands on every item on the new menu and tried it all. In the name of journalistic research ,you understand.

Here’s our ranking of everything on Starbucks’ new menu, from worst to best, with a score out of five.

It’s creamy but quite runny, with nice chunky steel-cut oats. By itself a little bland, fortunately there are topping options of jam, honey or a dried fruit and seed mix.

The turmeric flavour isn’t actually too strong in this latte, which we consider to be a good thing. It’s lightly spiced and there’s a hint of sweetness.

Starbucks has reduced the sugar in its lemon loaf cake by five per cent, along with many other products. It’s still sweet and pleasingly fluffy, but it’s a bit drier than some of the other cakes. The lemon drizzle is wonderful though.

This porridge is gluten-free and vegan, being made with oats, golden linseed, quinoa, red and wild rice, and soya and coconut cream. It has a wonderfully chunky texture and although it isn’t super flavoursome, there’s a slight hint of cinnamon which is perfect for autumn.

Smokey beans, pulled pork, mini potato rosti and scrambled eggs sprinkled with pumpkin seeds and parsley sit atop a layer of spinach. It’s warming, healthy, flavoursome and something you could eat at any time of the day really.

Starbucks has redesigned many of its slice cakes as mini layer cakes to make them – you guessed it – more Instagrammable. They’re the same size and under 300 calories. This one is very sweet but thankfully the hint of salt stops it being too sickly. The layers of icing mean it’s delightfully moist too – it’s just about small enough to get your mouth around.

This is pretty much pure comfort in a box. It’s divine. Cajun-spiced, roasted, fluffy sweet potato wedges (coated in polenta) are topped with beef chilli and jalapeno peppers, a mix of four cheeses, ciabatta crumb and coriander. There’s a hint of spice but not so much that it’s spicy.

Starbucks has made its first foray into the smoothie bowl market and has done a swell job. This one has a deep berry flavour with a slight tanginess, and the crunch from the puffed quinoa makes it a little unusual.

This smoothie bowl is so velvety smooth, it’s almost like a purée and certainly not icy like a sorbet. It has the same undertone as coconut yoghurt and is a refreshing, summery flavour to contrast with the rich spices of the rest of the autumnal menu.

Step aside, pumpkin spice latte, there’s a new PSL on the block. (Except don’t really because we love pumpkin spice lattes too.) This is quite simply autumn in a cake. The pumpkin flavour isn’t too strong but the spices make you feel fuzzy inside. It’s fluffy and moist and would be a dream warm.

It’s a good haul from the coffee behemoth, and the autumn menu is set to expand with Swedish buns and an avocado smoothie bowl soon too.