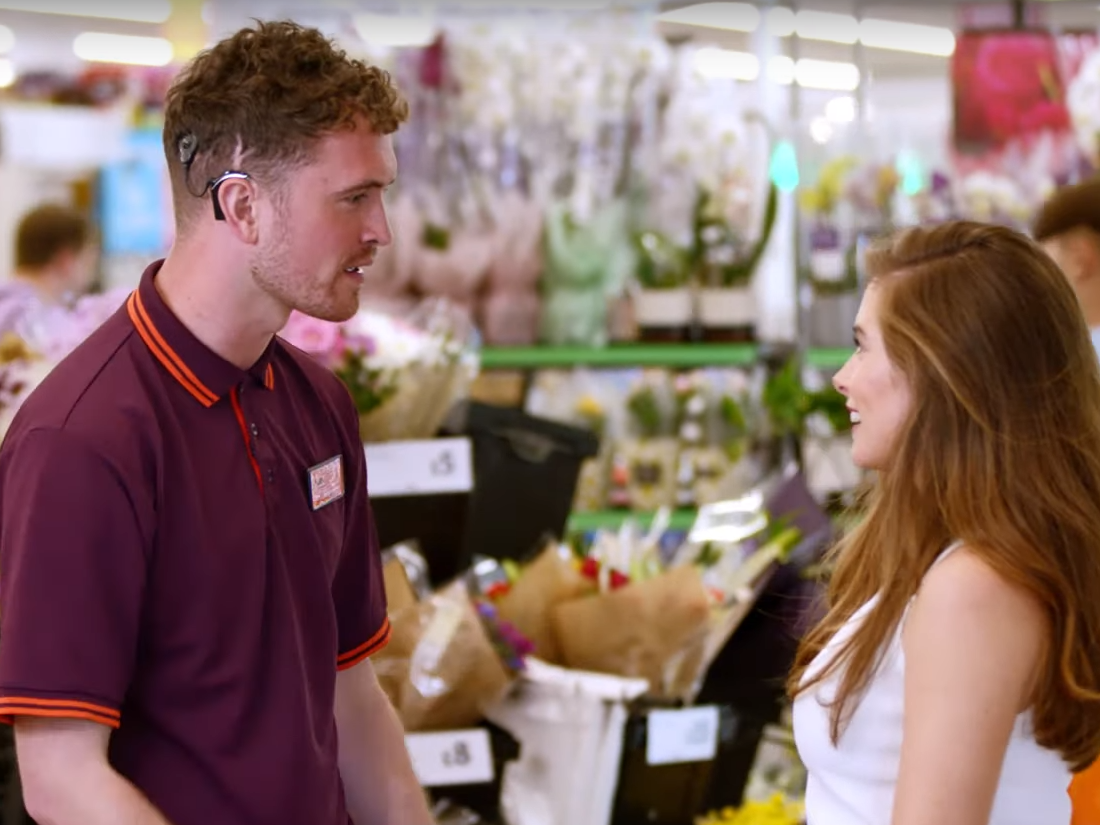 Sainsbury’s turned one of its stores into the UK’s first signing supermarket in an effort to support the hard-of-hearing community.

The Bath branch – which was renamed “Signsbury’s” for the three-day project –  took the step as part of the supermarket’s 150 Days of Community scheme to mark the company’s 150th anniversary.

Staff communicated with customers both verbally and with sign language, signing common words and phrases such as the locations of food items.

Children took part in a challenge that earned them a free snack if they learnt to sign basic words.

To prepare for the project, more than 100 store staff took British sign language lessons, run by a local signing centre, I Can Sign.

The lessons were supported by Sam Brook, a Sainsbury’s employee who is deaf, and Rachel Shenton, the actor who starred as Lily Summers in the film Switched at Birth.

Last year Shenton was awarded an Oscar for The Silent Child, a short film she wrote about a deaf four-year-old girl.

The screenwriter, who is an ambassador for the National Deaf Children’s Society, famously signed her Academy Award acceptance speech.

“This is a fantastic initiative to be involved in,” Shenton said of the sign-language store.

“It’s been brilliant to see the colleagues of Sainsbury’s be so engaged in the idea and it’s a great step towards inclusivity for the deaf community.”

Paul Robertson, the store manager, said: “We have many hard-of-hearing customers in Bath, and always want to make their experience as brilliant as possible.”

In October, Starbucks opened its first sign-language store in the US.

The branch was opened in Washington DC close to Gallaudet University, which caters for students who are deaf or have partial hearing loss.