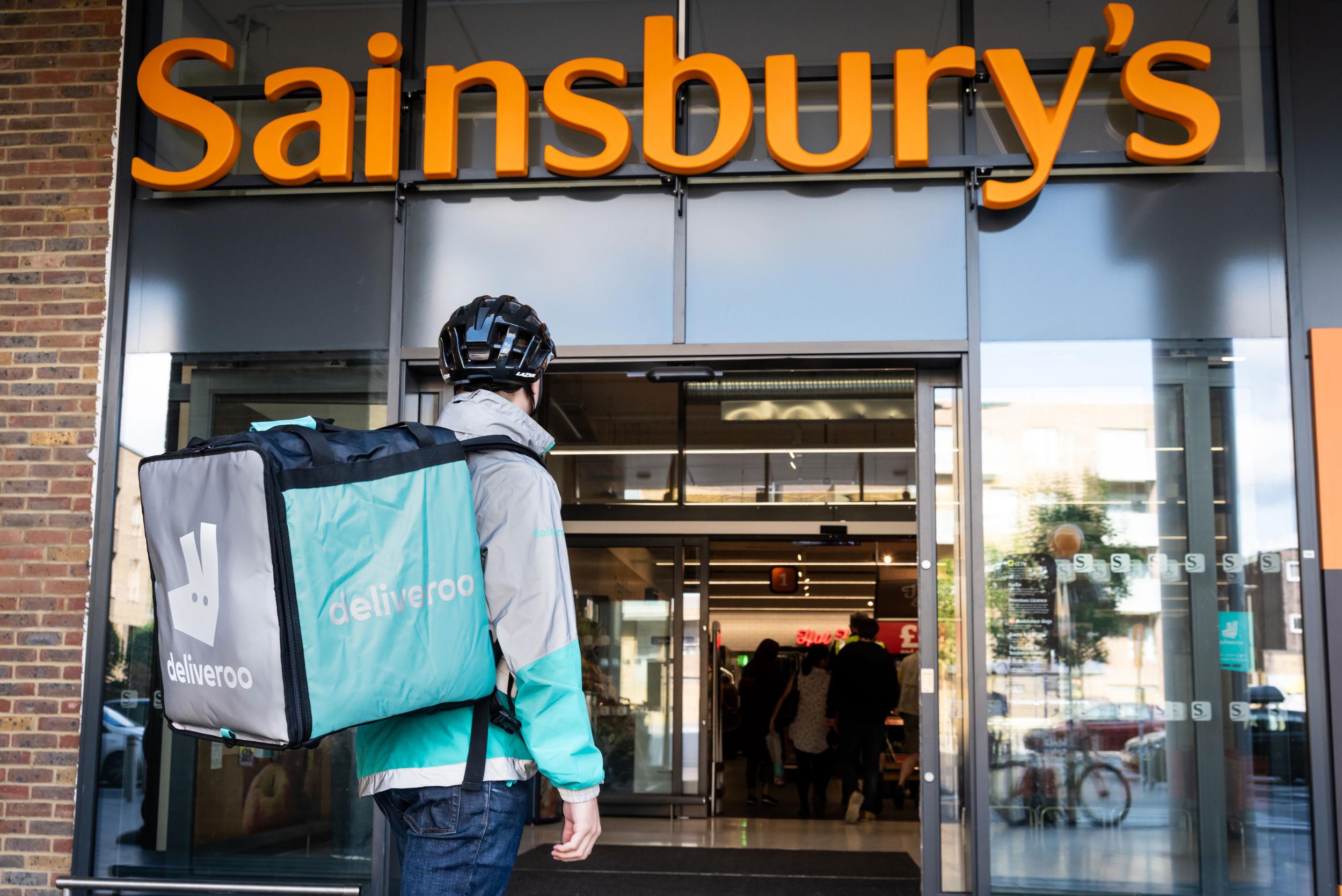 Sainsbury’s has announced a new delivery service with Deliveroo, meaning a future of ordering weekly shops via food delivery apps could soon become a reality.

From Monday 22 July, Deliveroo users will now be able to order a range of food products from selected Sainsbury’s shops in the UK straight to their door.

Better yet, the prices of the products – which include freshly-baked sourdough pizzas, a range of sweet and savoury snacks, dips and soft drinks – will be exactly the same as those customers would find if they bought them in the supermarket or online.

The move, which marks the first time a supermarket has joined forces with the delivery app, is part of a two-month trial which is available in Cambridge, Selly Oak, West Hove, Pimlico and Hornsey.

According to Deliveroo, customers will be able to choose from around 50 Sainsbury’s products on the app and more will be added during the trial.

The supermarket’s new trial signals the growing trend of on-demand food delivery services in the UK.

Last month, Morrisons announced it will expand its same-day online grocery delivery service with Amazon to cities including Glasgow, Newcastle, Liverpool, Sheffield and Portsmouth over 2019.

The service, which was launched more than three years ago, was already available to Amazon’s Prime Now customers in Leeds, Manchester, Birmingham and parts of London.

It allows customers to order a full Morrisons shop online, which is then picked up at a local store, and delivered by Amazon. In some locations, customers can receive deliveries within one hour of the order being placed

The Bath branch – which was renamed “Signsbury’s” for the three-day project –  took the step as part of the supermarket’s 150 Days of Community scheme to mark the company’s 150th anniversary.

Staff communicated with customers both verbally and with sign language, signing common words and phrases such as the locations of food items.

Children took part in a challenge that earned them a free snack if they learnt to sign basic words.

To prepare for the project, more than 100 store staff took British sign language lessons, run by a local signing centre, I Can Sign.

The lessons were supported by Sam Brook, a Sainsbury’s employee who is deaf, and Rachel Shenton, the actor who starred as Lily Summers in the film Switched at Birth.

Earlier this month, Deliveroo announced the launch of a letterbox delivery service so that customers don’t need to answer the door when indulging in a “duvet day”.

The new letterbox delivery service – named “Royal Meal” – is currently being trialled in Manchester with deliveries from cafe Katsouris.

Breakfast sandwiches from the restaurant can now be delivered to customers in recyclable packaging slim enough to fit through a letterbox.