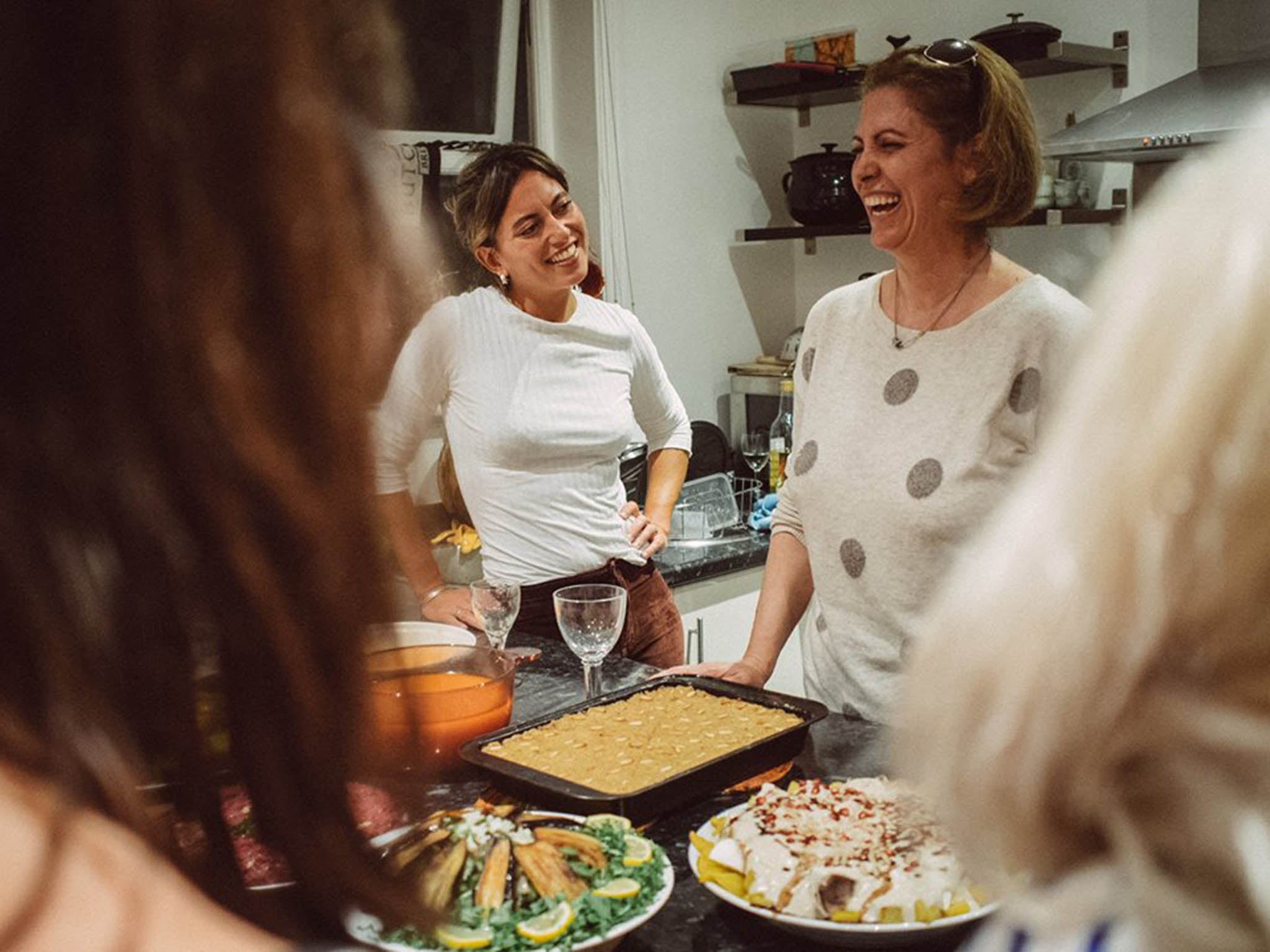 I first met Majeda a few weeks after she had arrived in the UK in 2017. She had been working as a children’s therapist when the war broke out in Syria in 2011.

She and her family had lived a happy and privileged life in a big house in Damascus. Thousands of displaced Syrians were arriving in the capital where she lived, having had their homes bombed by the Syrian government.

Majeda organised an initiative to feed them. As a Christian middle-class woman it was easy for her to cross the different checkpoints and get food to those who most needed it.

The Syrian government then discovered what she was doing and imprisoned her for four months, with the reasoning: “It is a crime to feed the Syrians from areas occupied by the opposition – we want to leave them to die.”

After she was released, she continued her support for internally displaced communities. Eventually, threats from the state became too much for Majeda and her family. “I couldn’t bear to see my children hurt,” she says. “It was so hard to leave Syria, but I had to do it to protect my family.”

I invited Majeda to join Migrateful a few months after founding the organisation in July 2017. Migrateful exists to empower and celebrate refugees and vulnerable migrants on their journey to integration by supporting them to run their own cookery classes.

The classes provide ideal conditions not just for learning English and building confidence, but also for promoting contact and cultural exchange with the wider community.

Those first few months of getting to know Majeda, I could see she was grieving for her country. She would say to me: “I wish I were in Syria now, I know my country needs me and I miss my two boys and husband so much.”

At one of the first Migrateful chef training groups, it was her birthday, so we lit some candles and sang happy birthday to her. She burst into tears.

“I Skyped my boys and my husband this morning,” she told us. “They had made me a birthday cake in our home in Syria and sang to me and then they all blew out the candles for me. I appreciated it so much but it also made me feel really sad because it’s not the same when I can’t touch them in real life.” She also told us how much she appreciated our cake, saying: “I don’t have my family here, so for now you’re my family and I really appreciate it.” As she blew out the candles, I said, “Make a wish!” She said she’d wished to see her boys again and for the war in Syria to end.

The next month, Majeda decided to share this same act of kindness with a woman under siege in Eastern Ghouta in Syria. At the Migrateful chef training group, Majeda stood up and announced: “My people are dying in a siege, we need to help them. I never thought I would find myself living in the UK. But here I am and I want to do everything I can to help my people. Right now there are 400,000 Syrian civilians under siege. The siege first started in 2012 in Ghouta and five years later it continues. The living conditions of the civilians in the surrounding area have reached a critical stage. The Assad regime hopes that if more and more people die from hunger the opposition will eventually surrender. The Syrian people don’t care who wins, we just need the siege to stop so these innocent people can have access to clean sanitation, food and medical services.”

I suggested to Majeda that Migrateful could organise an event where she could speak to people about the siege and ask them to write to the UK government to help. The event was called Siege Soup for Syria. Majeda cooked up over 100 portions of a soup which was the only food that people in the siege could eat. We Skyped a woman inside the besieged area. It was her birthday, so Majeda lit candles on a cake for her and everyone in the room sang to her. At this point the woman on the screen started to cry, clearly overwhelmed by seeing 100 faces on her computer screen singing happy birthday to her. At that point, I started to tear up and as I looked around the room, I saw many other people were crying too.

Majeda brought the Migrateful idea to life in an incredible way – she was amazing at leading her cookery classes. I remember one evening she told the group: “I believe there is a relationship between cooking and love and that preparing a meal for the one you love, combining your skills and your feelings to create something, can convey a lot to the person: be it husband, children or friends.”

People would leave Majeda’s cookery classes newly politicised about the Syrian situation. In December 2017, Majeda got refugee status and her two boys have now come to join her. Majeda felt so inspired by her experience teaching Syrian cookery classes with Migrateful that she has now set up her own Syrian catering company called the Syrian Sunflower Kitchen. Majeda said to me: “I am a Migrateful success story.”

Jess Thompson is the founder of Migrateful. You can book a cookery class via the Migrateful website here or request Majeda to cater for your event here