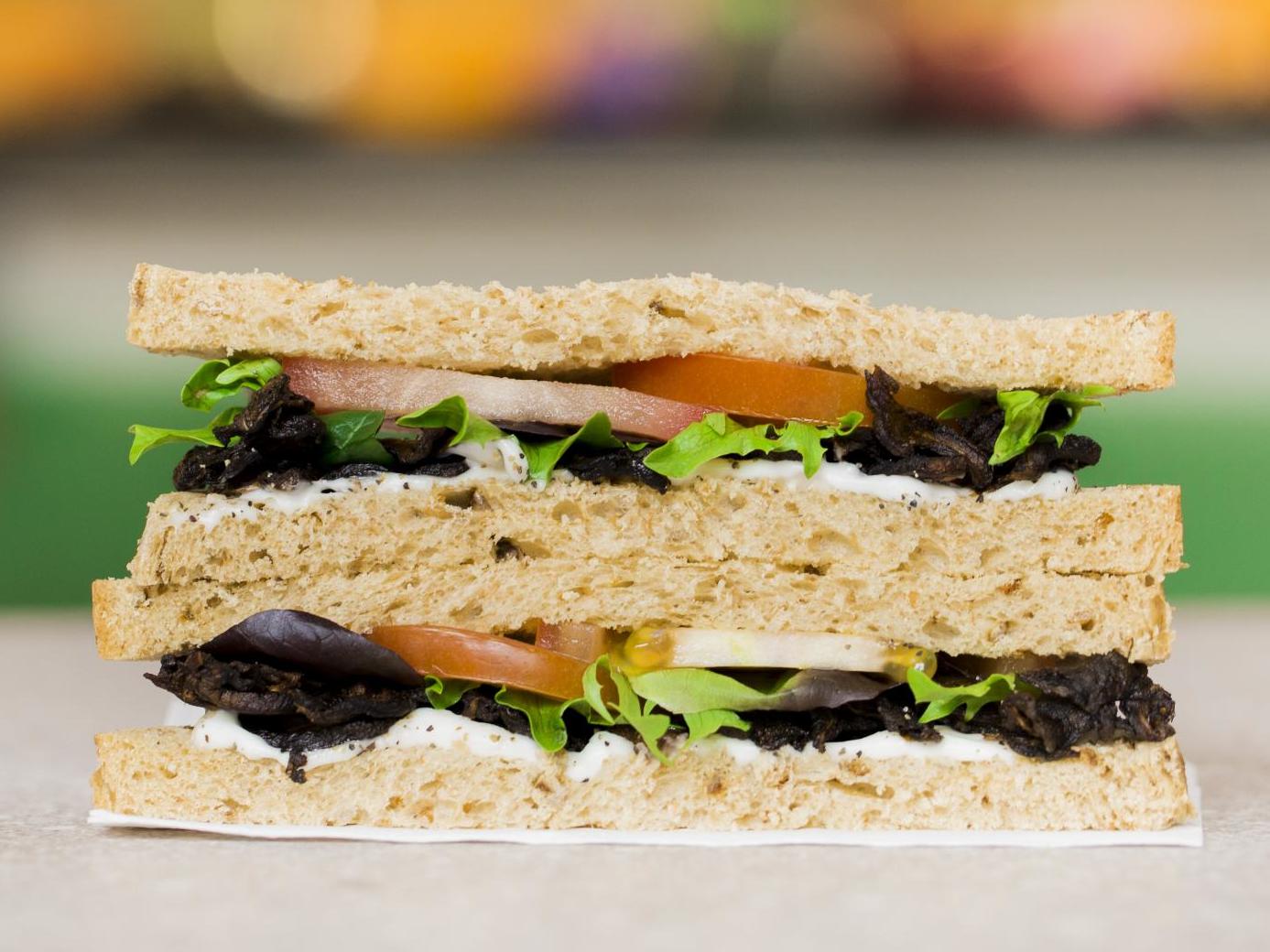 Pret A Manger has revealed the vegan versions of its classic sandwiches that will soon be available to purchase.

Earlier this month, the food chain announced plans to launch a new range of plant-based sandwiches named “The Vegan Classics”.

After asking customers on social media what plant-based sandwiches they would like to see on Pret’s shelves, the eatery has now disclosed four new products that will be on offer by the end of the month.

Launching on Thursday 24 October in Veggie Pret shops, the range includes the VLT, a vegan take on the age-old BLT; the vegan “chuna” mayo baguette; the vegan eggless mayo and cress baguette and the vegan hoisin mushroom wrap.

The much-loved BLT has been used as inspiration for the VLT, which combines roasted shiitake mushroom “rashers”, sliced tomatoes, green salad and vegan mayo on malted bread.

The vegan chuna mayo baguette is a new plant-based alternative to the pole and line caught tuna mayo and cucumber baguette, a product that is sold more than 10,000 times in the UK on a daily basis.

It contains chickpeas and vegan mayo, and is sprinkled with pickled onions, chopped capers, parsley and a squeeze of lemon.

The vegan hoisin mushroom wrap, a meat-free version of the hoisin duck salad wrap, is made using glazed mushrooms that have been coated in hoisin sauce.

Pret’s food innovation managers mimicked the taste of egg in the new vegan eggless mayo and cress baguette by creating a blend of tofu and vegan mayo, topping off the sandwich with freshly topped cress and seasoning.

Hannah Dolan, global head of food innovation at Pret, said the firm has worked “really hard” to mimic the “tastes and textures of the original sandwiches” in its Vegan Classics range.

“This is all part of our mission to make it easier for customers to eat less meat, by offering delicious vegan and vegetarian food,” Ms Dolan said.

In April 2018, it was reported that the number of people in the UK who identified as vegan had soared to 3.5 million.

Meanwhile, in 2016, 540,000 people in Britain over the age of 15 were following a plant-based diet, statistics published by The Vegan Society and Vegan Life magazine stated.