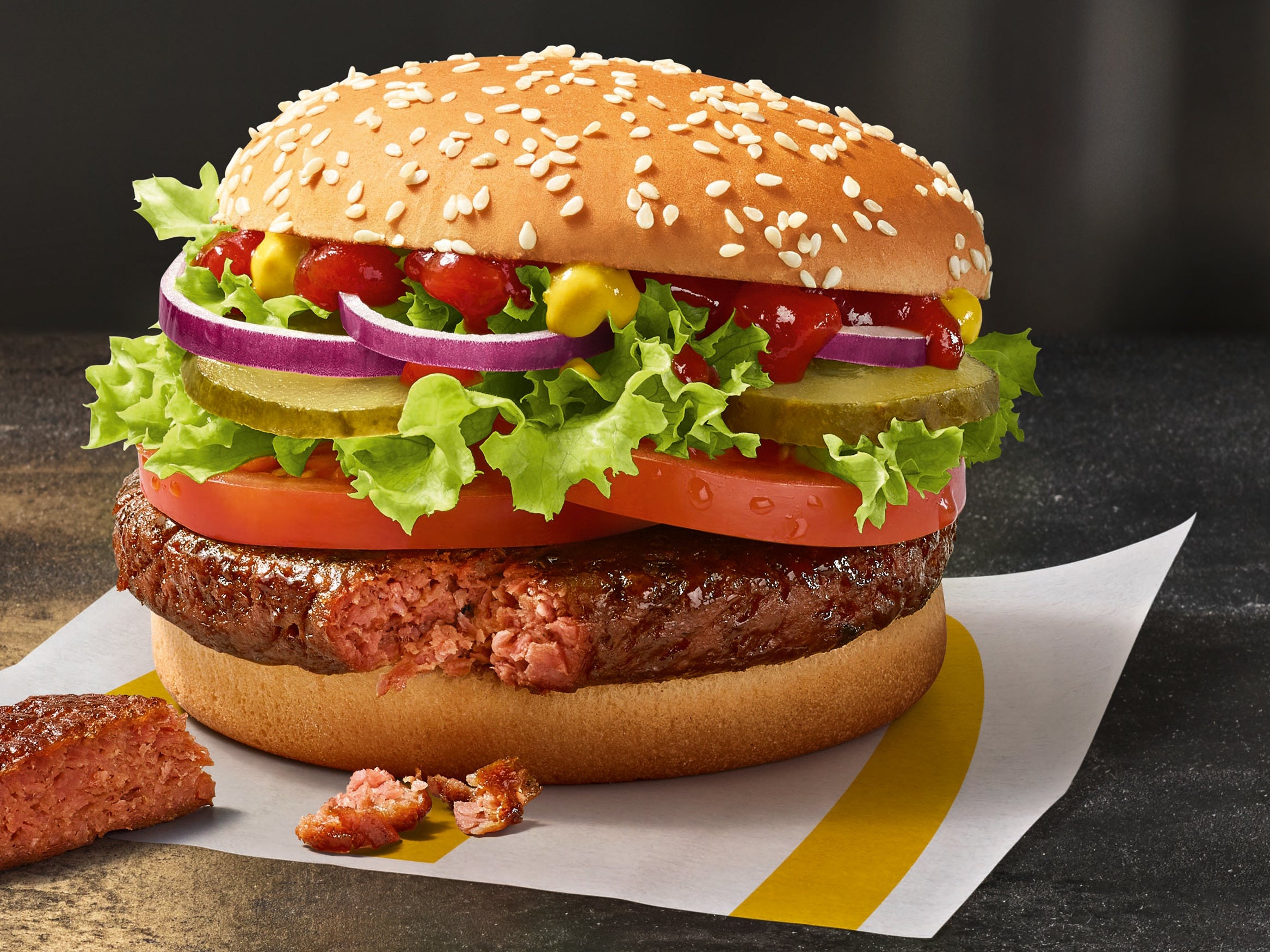 McDonald’s has announced the launch of a new vegan burger on its menu in Germany.

This will mark the first time the German franchise of the fast food chain has offered a vegan burger to its customers.

The Big Vegan TS burger consists of a patty made from soy and wheat.

It is served in a classic sesame seed bun, and contains salad, tomato, pickles and red onion.

McDonald’s Germany states that the burger has a “meaty taste”, despite containing no trace of animal by-products.

“Improving for us means that we are brave enough to try new ways,” says Philipp Wachholz, company spokesman for McDonald’s Germany.

The Big Vegan TS burger will be available in all participating McDonald’s branches across the country from Monday 29 April.

It will replace the Veggieburger TS on the main menu and the McMenu, which provides customers with the option to combine food items for special prices.

According to market research company Skopos, as of 2016, there were 1.3 million people following plant-based diets in Germany.

This equates to around 0.016 per cent of the country’s population.

The release of the vegan burger at McDonald’s Germany isn’t the first time the fast food restaurant has made plant-based options available to its customers.

Earlier this year, McDonald’s announced the launch of its first vegan-friendly Happy Meal in the UK, which the company created in partnership with the Vegetarian Society.

To read all about the biggest vegan food launches of the year so far, click here.