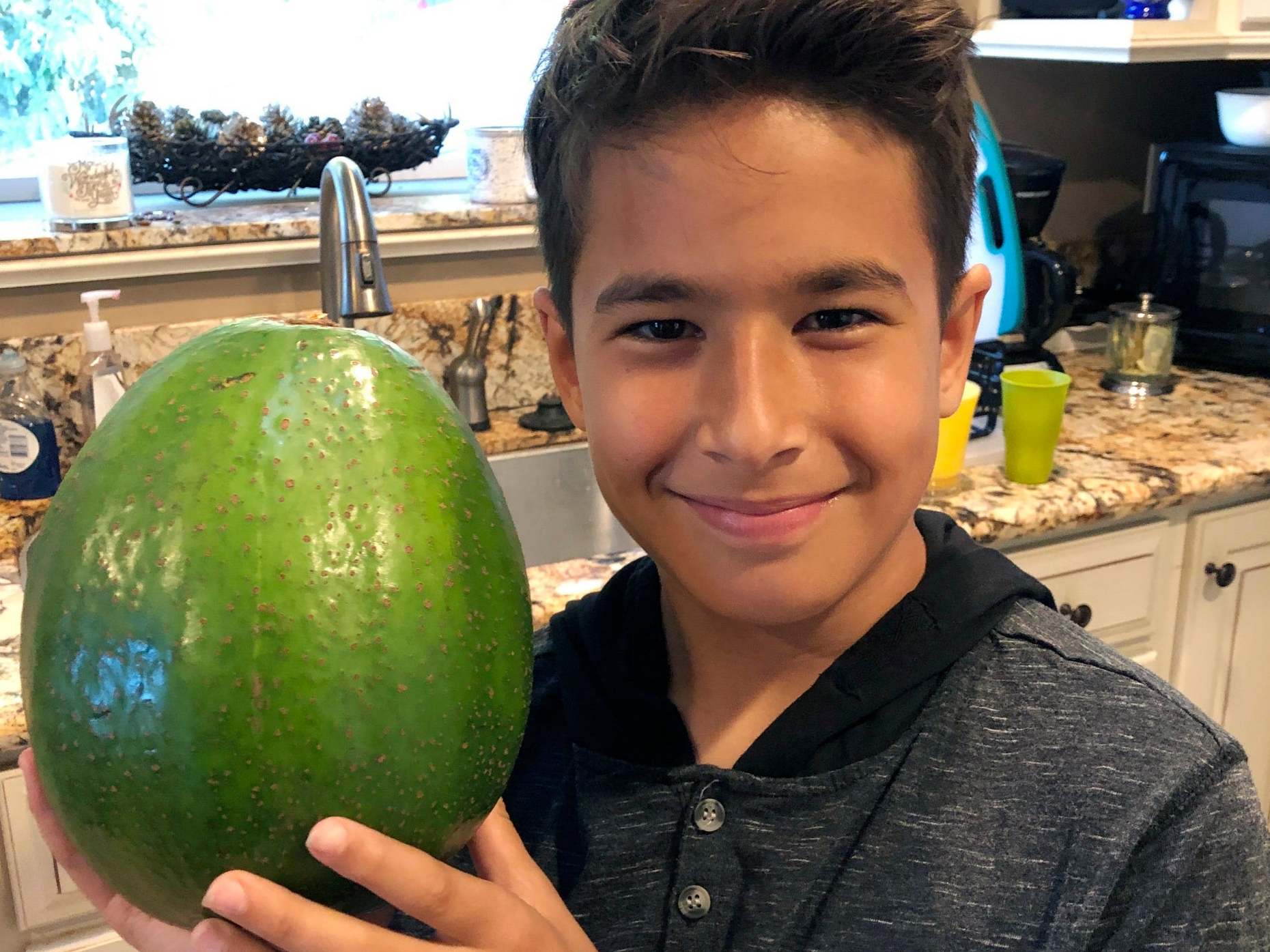 A family in Hawaii has been awarded the Guinness World Record for the world’s heaviest avocado.

Weighing an impressive 5.6 pounds (2.54 kilograms) – around 15 times the weight of an average avocado – the fruit was grown by the Pokini family on the island of Maui.

The family’s avocado tree, which measures at 20 feet (6.1 metres) tall, was planted when Mark and Juliane Pokini’s son, Lo’ihi, was born more than 10 years ago, according to The Maui News.

In 2018, the family made its first attempt for one of its avocados to be considered by Guinness World Records as the world’s heaviest.

However, the avocado did not meet the organisation’s requirements for the verification process, which included having the correct documentation, photographs, two forms signed while being overseen by witnesses and guidance from a certified horticulturalist.

Upon second attempt in December 2018, the family ensured they were as prepared as possible to be verified by Guinness World Records.

Ms Pokini said they decided to refrain from tending to the avocado tree, opting instead to “kind of just leave it alone”.

While the avocado was certified as the world’s heaviest in December, the Pokini received its official Guinness World Records certificate this week.

“We were excited,” Ms Pokini said, with regards to the family being authenticated as world record holders.

“But at the same time, we were like, finally. It was such a long wait.”

Ms Pokini added that the avocado was later used to make a “whole bunch of guacamole” for friends and family members.

The seed from which the family’s avocado tree grew came from a tree grown by Mr Pokini’s brother-in-law on Oahu island, Hawaii.

In July 2018, it was reported that avocados the size of human heads were being sold in Australia.

Dubbed “Avozillas”, the avocados weighed an average of 1.2kg and were being sold for £9 each.

The larger-than-normal avocados were originally sourced from South Africa.