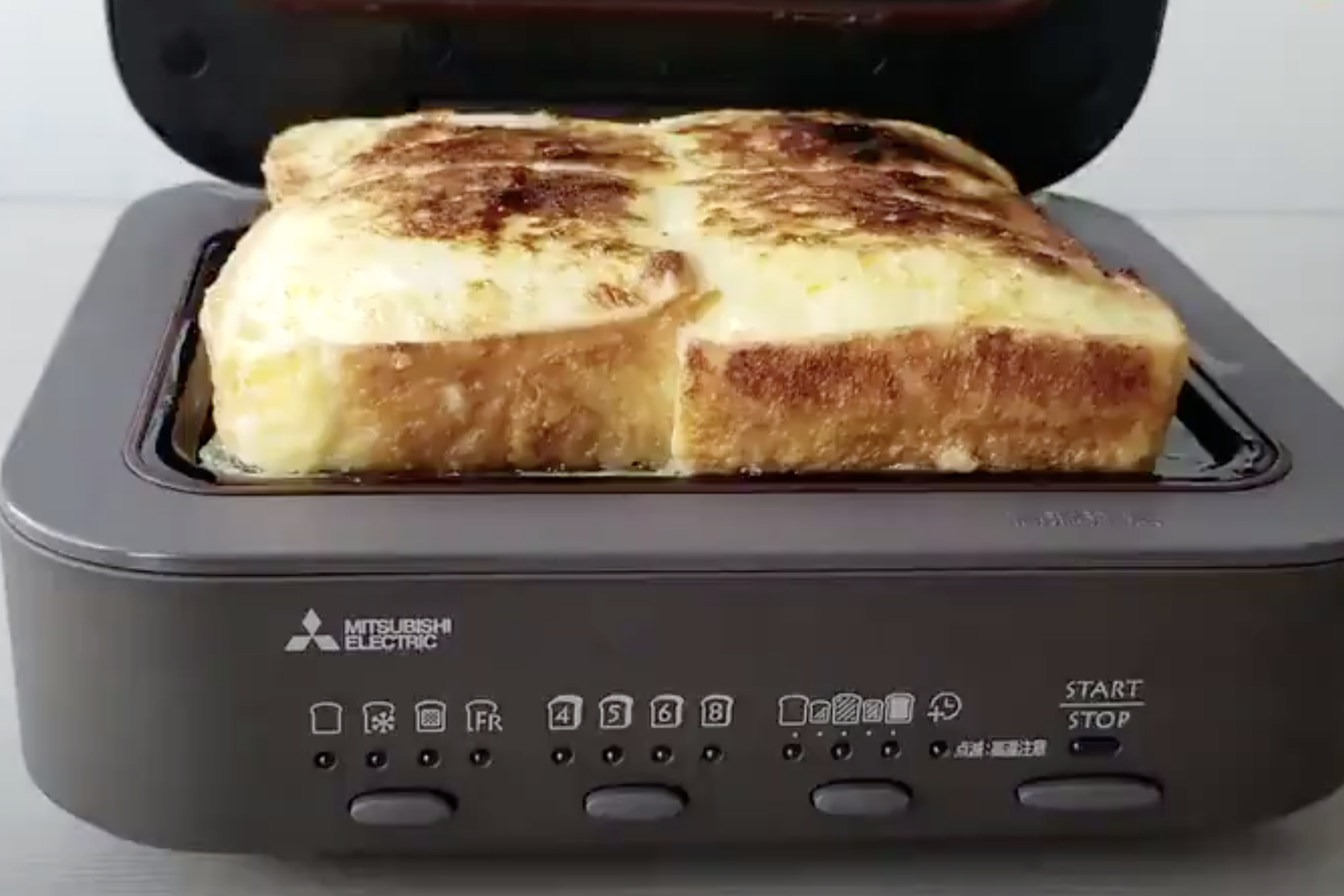 A Japanese toaster that costs £215 and makes just one slice at a time has divided opinion online.

The gadget, which is otherwise known as a “Bread Oven”, was designed by Mitsubishi Electric Corp and launched in Japan just last month.

The toaster retails for around 29,000 to 30,000 yen (£215) and, while that might sound expensive, its creators insist that the technology behind the oven makes it well worth every penny.

“We wanted to focus on the single slice, and treat it with respect,” Akihiro Iwahara, who is in charge of technical development at Mitsubishi Electric’s home-appliances division told Bloomberg.

“Our technology and know-how from rice cookers helped us come up with a way to trap and seal moisture.”

So, how does it work?

Unlike most conventional toasters, Mitsubishi’s version seals a single slice of bread inside a metal box and transfers heat through two metal plates that reach temperatures as high as 260C.

What’s more, it can also be used to make an array of variations on traditional toast, such a French toast, croque madame and cheese toasties.

“Given Japanese tastes, there are a lot of people looking for a refined and delicate experience,” explained Hiroaki Higuchi, general manager for marketing at Mitsubishi Electric’s home-appliance unit.

“We’re not asking customers to get rid of their toasters, but to enjoy this as an entirely different category.”

The high-tech toaster has divided opinion on Twitter with some saying they would love to own one.

“To be fair this s*** look good. Like hella soft but crispy at the same time [sic],” one person wrote.

Another person added: “Meh. I’m definitely not feeling the $270 price tag BUT I bet it could make one kickass delicious Grilled Cheese sandwich though.”

While a third commented: “This would make some divine French Toast.”

However, not everyone has been convinced, with some people saying the gadget seems like a waste of money.

“No one’s interested at this price,” one person commented.

Another added: “This is made for single people or childless couples only. Imagine trying to toast one piece of bread at a time with a bunch of kids yelling for their breakfast.”

A third person wrote: “Oh hell no I wouldn’t pay that much for perfect toast!!”

Others suggested that people could get similar results if they used a frying pan, negating the need to spend so much money on the Bread Oven.

“As you see fit, feel free to forward any portion of your $270 savings my way. Thanks in advance.”

Another person agreed, adding: “Butter the bread. Place in any hot skillet with a medium flame. Enjoy golden brown toast like 7 minutes thereafter without said gadget.”