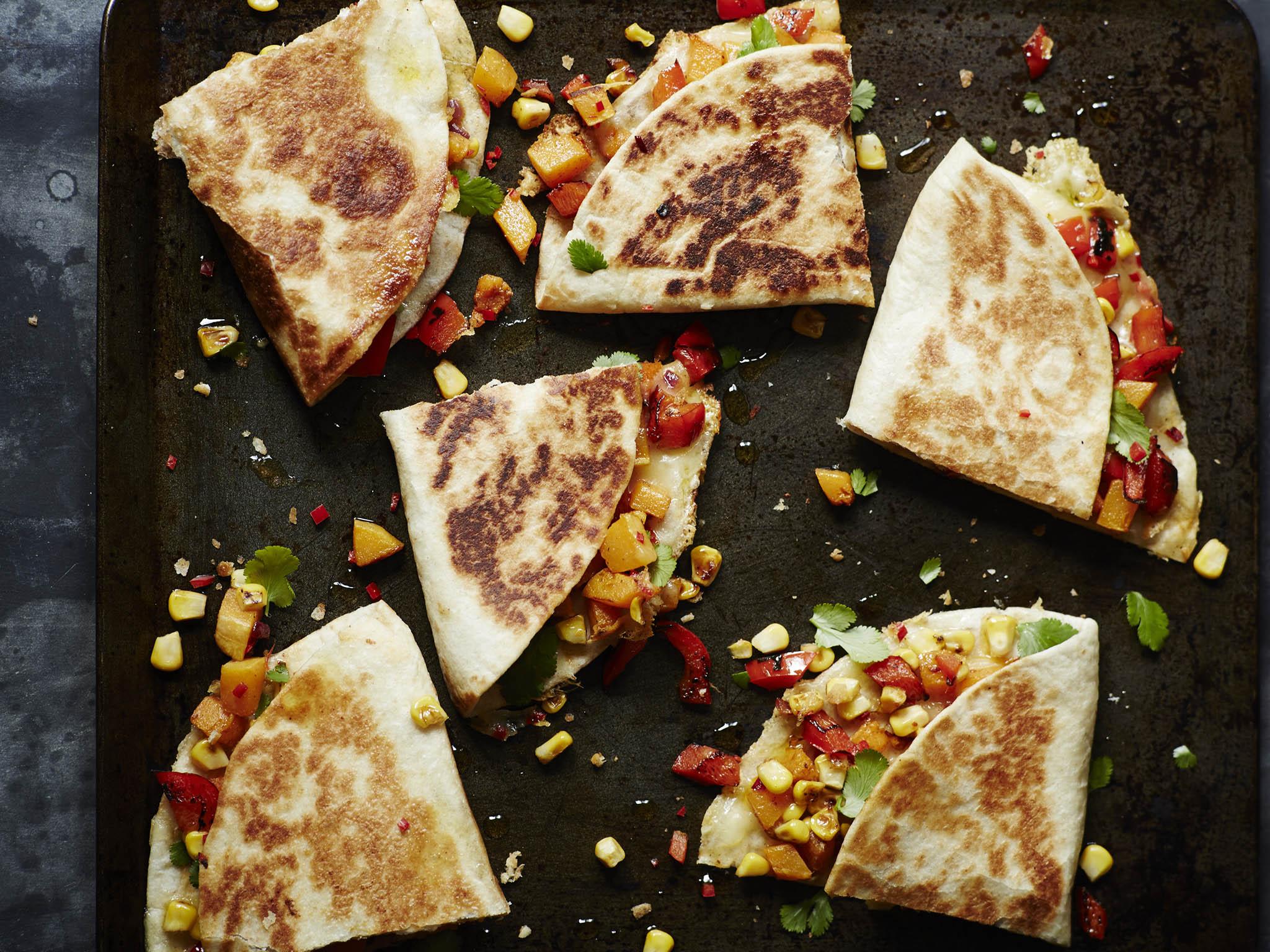 Roast the veg in the oven for 35-40 minutes, until tender, tossing once halfway through so it cooks evenly. Remove from the oven and turn the temperature down low, to approximately 130C/Gas 1.

Brush each tortilla on one side with a little oil and put one into a large nonstick frying pan, oil side down. Sprinkle some cheese over one half, then the veg mixture, then a few coriander leaves. Fold the other half of the tortilla over to make a semicircle, gently pressing down with your hands to flatten it slightly.

Cook for a couple of minutes, until the underside of the tortilla is crisp and golden brown (keep an eye on it so it doesn’t burn). Carefully turn it over and cook the other side until crisp and golden. Keep warm in the oven while you cook the remainder. Cut each one in half to serve.

Variation: add some crumbled and fried cooking chorizo or some leftover, shredded roast chicken for a non-vegetarian version.