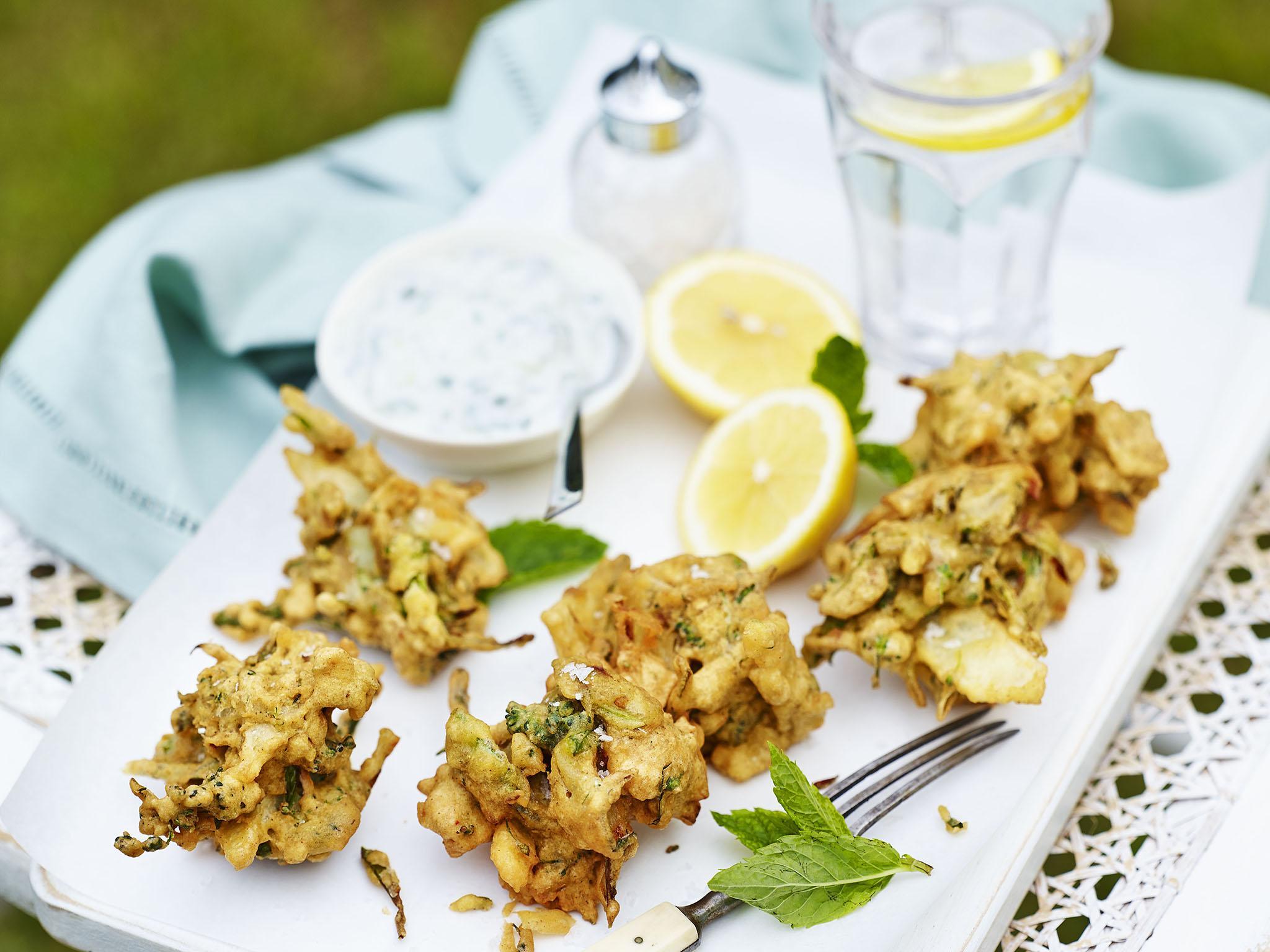 Heat oil in a deep medium saucepan. Mix vegetables together in a bowl. In a separate large bowl, blend flour, baking powder and spices with plenty of salt and pepper.

Toss vegetables into spiced flour mixture, then pour in the eggs and 100ml cold water. Mix well to a thick batter that coats but clings to the vegetables, adding a little more water if necessary.

Once the oil is hot (test it by adding a cube of bread – it should golden-brown in 15-20 seconds) you can begin adding the vegetable batter. Shape the mixture into portions, about a rounded tablespoonful at a time.

Lower the pakoras into the oil a couple at a time, being careful not to overload the pan. Fry for around 5 mins until the pakoras are golden brown and the veg is tender. Drain well and leave on kitchen paper for a few minutes. Repeat to use remaining mixture.

Meanwhile, mix together cucumber, yogurt and mint, season and set aside. Serve with the hot pakoras.