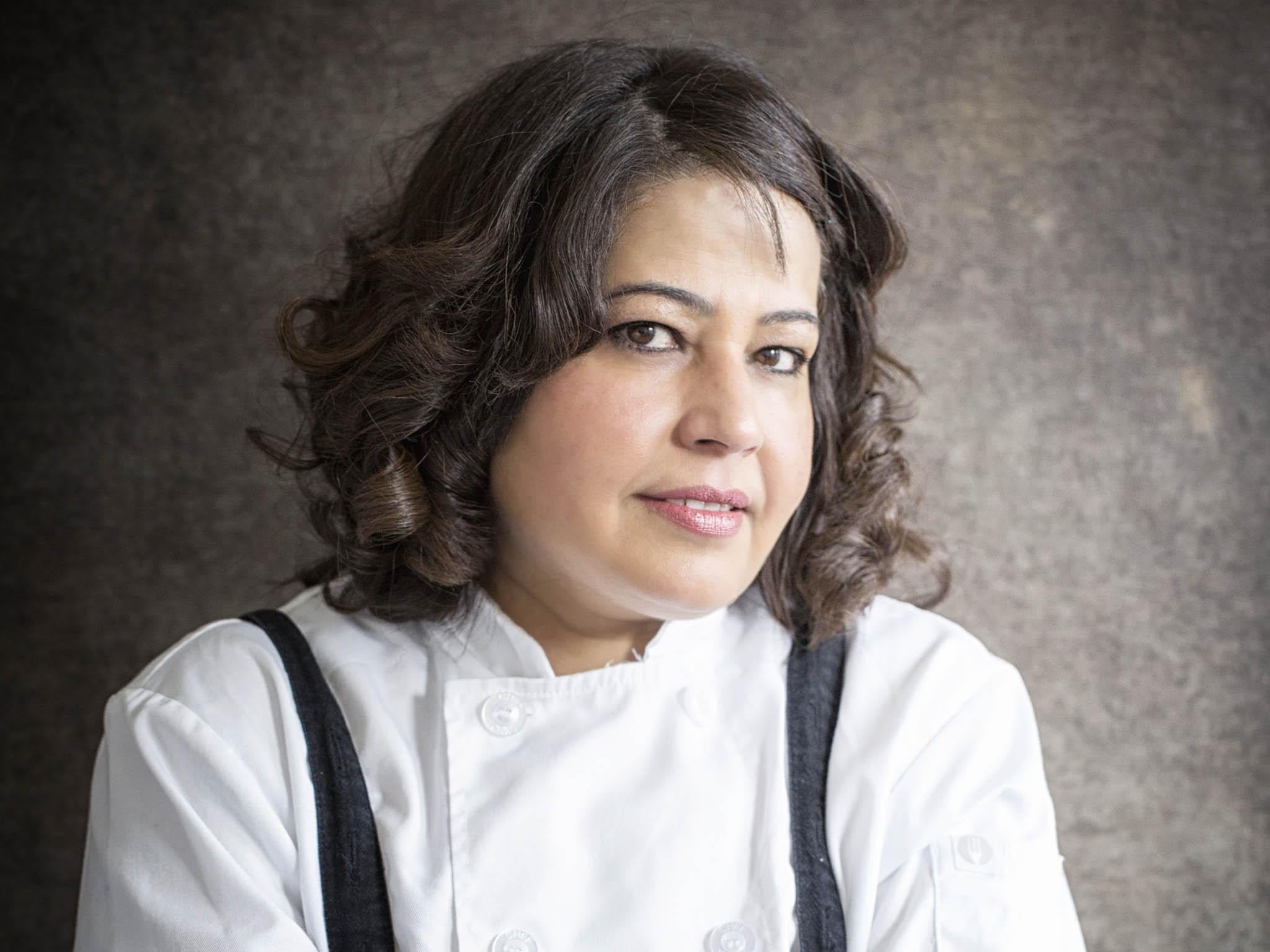 When she moved from India to England in 1993, she was lonely. “I missed my family and the food I grew up with and I terribly missed my friends,” she says.

So she cooked. She cooked the stuffed bitter gourd her mother made for long train journeys from West Bengal to Punjab.

She recreated the momos and samosas she bought as a child from street food vendors. And she transformed strange new ingredients like avocados into avocado chutney, so they tasted more like home.

“For me at that point, food was something that really gave me hope,” she says. It also signalled the start of what has become a stellar career.

Gill was the chef-owner of Romy’s Kitchen, a popular restaurant in Thornbury, outside Bristol, which closed in July so Romy could focus on other things, a frequent contributor to Radio 4’s Food Programme, a recipe writer for many newspapers and magazines and she received an MBE in 2016. As Allan Jenkins, editor of Observer Food Magazine, says in the forward to Zaika, “Romy Gill is not just one of the UK’s finest Indian cooks, or even one of the best female chefs. She is simply one of our most gifted cooks and teachers.”

Heady praise indeed, if it weren’t for the fact that it’s all true. She’s incredibly hard working – starting her career selling her food at markets and farm shops, catering for parties and teaching.

When she wanted to open a restaurant, she was turned down for a loan so sold off her jewellery instead. “The challenges were huge, but I overcame them and I really enjoy cooking. I think this is where I belong. I wouldn’t want to do anything else.”

When she wanted to write a book she was told no too. “Everyone said ‘No, we don’t want your book, you’re not famous enough, you’re not on TV, you’re not this, you’re not that.’” She persisted and Zaika – meaning taste or flavour – was picked up by Seven Dials and is published this month.

Listening to Gill, you get the feeling that she is a product of both talent and tenacity – a trait she says she inherited from her mother.

“She was a very strong lady, and I think I get lots from her,” she says. What she didn’t get from her mother – at least at first – was a love of cooking.

Gill confesses she was more interested in cricket. But she says, “I would know exactly what time my mum would finish cooking and I would come and eat the food.”

Living in England – far away from friends and family – she found herself wanting to recreate the food she grew up eating. Many of the recipes in Zaika were inspired by her mother’s “simple yet delicious” cooking.

Dishes like sabut matar – freshly podded peas scented with a blend of masala, turmeric, Kashmiri chilli and mango powder – is a potent reminder of shelling peas as a child. “Mum would buy two or three kilos of peas when they were in season. And she knew, half of the peas would be eaten while we were taking the peas out of the pod,” she laughs.

The choice to make her debut cookbook vegan was a natural one. In India, she says, meat was reserved for celebrations and special occasions and even then, it was a small part of the meal. “Meat is a side dish because you’re eating rice or naan, you have daal and pickle, you have poppadoms, fermented things – the list goes on,” she says.

In Zaika, Gill includes chapters such as snacks; “labours of love” – recipes that take a bit longer like her samosa chaat – an over the top and addictive dish of fried, chopped-up samosas with chickpeas, sweet chutneys and yoghurt; and “light and breezy” – quick and easy dishes like her watermelon and mint salad that she promises, “…will change your perception of watermelon!”

There’s a whole chapter on bread, including roti, naans studded with nigella seeds, fluffy pillows of deep fried bhature and parathas. It reflects the importance of wheat in Punjabi cooking as well as the roll of bread not as a side dish, but as an integral part of an Indian meal.

And while many of the recipes reflect her Indian roots, they also show that she’s firmly planted in England now. “There are things I grew up eating in the book, and things I learned from this country.”

As for the future, Gill says the lease on her restaurant ends this year and she’ll take a break, but hopes to open another one, perhaps next year. She wants to do more radio, food and travel writing, and dreams of doing a television series with her father. A pipe dream? For anyone else perhaps, but for Romy Gill, it sounds like a plan.

‘Zaika: Vegan recipes from India‘ by Romy Gill, published by Orion Books is out now. Photography by Del Sneddon