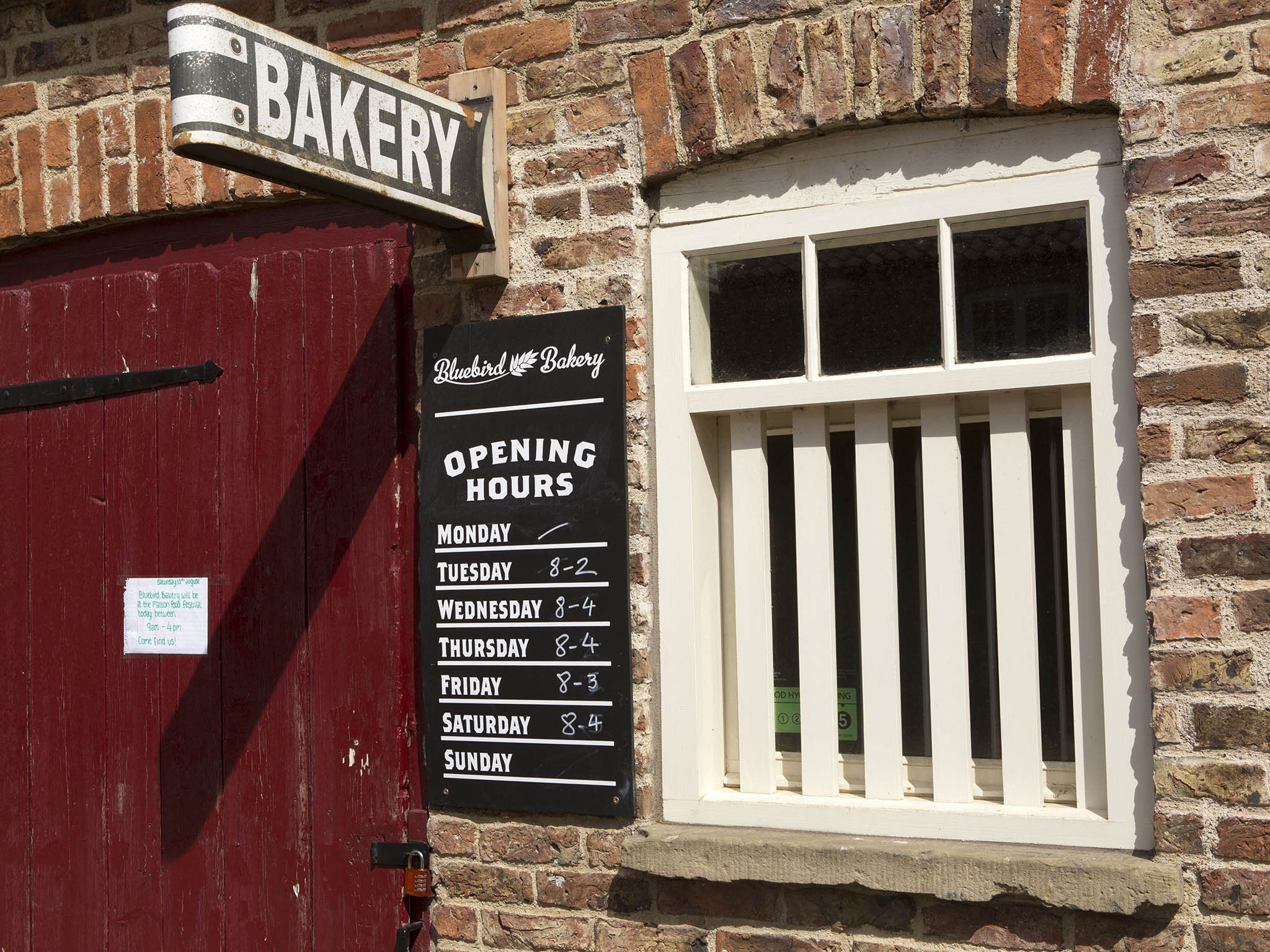 The story goes the same way, no matter who here tells it: 10 years ago, fearing the worst for a town that has been in his family for hundreds of years, the heir to the estate decided enough was enough, and he was going to take action.

That man – Tom Naylor-Leyland – is credited with reinvigorating the small market town of Malton, in North Yorkshire.

Since Naylor-Leyland became involved, the town has been bolstered by new artisan food producers, the opening of several restaurants and has been bestowed with the title “Yorkshire’s food capital”, a label they proudly exhibit wherever eyeballs may land.

It was Antonio Carluccio who originally made that proclamation, imploring locals to be proud of the food they’re producing, and it’s rightly stuck.

While Malton’s story is firmly centred around Naylor-Leyland’s involvement, the man himself decided to intervene after a visit to Borough Market when he was living in London, where he saw produce that was reared much closer to Yorkshire than he realised.

“I saw Bridlington lobster, grouse from Yorkshire, Ginger Pig beef from eight miles up the road,” he says.

The vague timeline from there continues with the first Malton Food Lovers Festival, in 2009, which celebrated its 10th year a few months ago – and attracted over 40,000 visitors.

That was followed by the creation of several other events through the years, including the Marathon du Malton, a running event with multiple food and drink stops, described as “Britain’s tastiest 10K”, and Meadowfest, Malton’s own music festival.

One question that comes to mind when ambling around this pretty town, though, is this: how many people are actually from Malton? They say that migrants make a city, and recent adoptees certainly seem to make this town of around 12,000.

In a hyper-concentrated way, recent influx from the most nearby areas (including, but not limited to, York) has seen Malton grow and grow.

They boast the opening of 15 new businesses over the past three years, as well as three independently-owned pubs that have reopened as a result of the increased trade and foot traffic; people will always need a place to drink, after all. What’s the secret behind all of this? The artisan producers, according to Naylor-Leyland.

While restaurants will always steal the spotlight when it comes to attracting day-trippers and other visitors, local foodies and the chefs in those restaurants know that you can’t affect the cultural change that Malton has undergone without a line-up of businesses that provide excellent produce.

“We went out and told producers: ‘come and make your products here’,” Naylor-Leyland explains. The range, diversity and – above all – quality of the producers is impressive, even if you don’t take into account the small size of the town.

There is, in no particular order: Rare Bird, a distillery started by an ex-fireman that produces very good gin, and houses a workshop where you can concoct your own spirit. Florian Poirot, a master patissier who was one of the senior confectioners at Nestlé in York but (like many others here) decided to eschew large-scale production in favour of a more artisan life, and is now one of the jewels of the town’s crown; his macarons are the headline act, and aren’t to be missed, but make sure to ask what they have on special that day.

They had gorgeously lacquered fig tarts on my visit but it all depends on what they can get their hands on.

There’s also Roost Coffee and Roastery, Food 2 Remember Butcher and Groovy Moo Gelato, proudly the top rated attraction for the town on Tripadvisor and a year-round favourite for locals. The gelato here is of such high quality that it apparently even impresses hard-to-please Italians. “It’s the Yorkshire cattle, and the milk and cream they produce that makes it so good,” explains Michelle Walker, who runs the gelateria. “It’s all down to the quality of the dairy.”

There’s a sense of ease about everything that happens here; it’s the sort of place that still has a cattle market twice a week. The brewers at Brass Castle make the ales in a small (but ever-growing) workspace out the back, and wheel them through to the taphouse in the front when it’s ready to serve.

Similarly, the bakers, coffee roasters and butchers are close enough to walk the produce over to various kitchens around town. It’s sort of how things used to be in market towns, before the big supermarkets moved in, so it’s no surprise to learn that most of this comes as a result of the victory of a hard-fought battle to stop a huge Tesco being built.

Across the street from the bulk of Malton’s producers in Talbot Yard is The Talbot, a coaching inn turned 26-room hotel which has been here for hundreds of years and was recently afforded a fresh lick of paint. The refurbishment parallels the rejuvenation of the town; its laid-back vibe the essence of rustic, country luxury, with food at the centre of everything, as with much in Malton. In fact, they claim to be a restaurant with rooms, which is charmingly modest but shouldn’t belly the excellence of the hotel side of the business.

The Talbot’s restaurant is equally superb: from a twice baked soufflé using local cheddar, to a roasted lamb rump, and an excellent mackerel dish, the cooking is of an excellent standard and rightly shines a spotlight on ingredients from nearby.

And that’s just one of the several restaurants and cafes dotted around town that are worth your time, perfect for a stop-in on a weekend trip.

We also enjoyed YO Bakehouse, an adorable cafe that has recently expanded its seating and seems to be thriving, serving very good doorstop bacon sandwiches, as well as an exemplary Yorkshire curd tart. Costello’s, a short walk away, has excellent pies and sausage rolls that are perfect for a flying visit.

Chapter One Bistro, meanwhile, has a slightly more eclectic menu; don’t miss the “hanging kebabs”, which might be slightly gimmicky, yet delicious, as well as an excellent mezze board featuring charcuterie from a nearby butcher.

Above everything, there’s a sense among the producers here that they want to keep it small-scale, which is what makes it special. In fact, for most of them, they’re only available to buy in Malton. “If you want to meet the producers and try the food, you have to come here,” says Naylor-Leyland.

Despite the abundance of great producers, Naylor-Leyland is realistic, claiming “we haven’t solved everything” and they’re still missing a cheesemonger and a smokehouse, at least, in an attempt to make it more consistent across the board.

And why should people visit Malton? Naylor-Leyland thinks it’s simple: “We’re proud to be a small, British market-town that actually produces on an artisan scale.

We have beautiful, high-quality, delicious products. It tastes good, it looks good. It’s a beautiful and exciting town. We’re known for our food but we’re also becoming known for our music and art. Why wouldn’t you visit?”

I can’t really disagree. It’s a success story, sure, but more than that it contains the real lives of many and a surfeit of delicious food, wonderful events and an intriguing, nascent public art scene that are all worth your time.