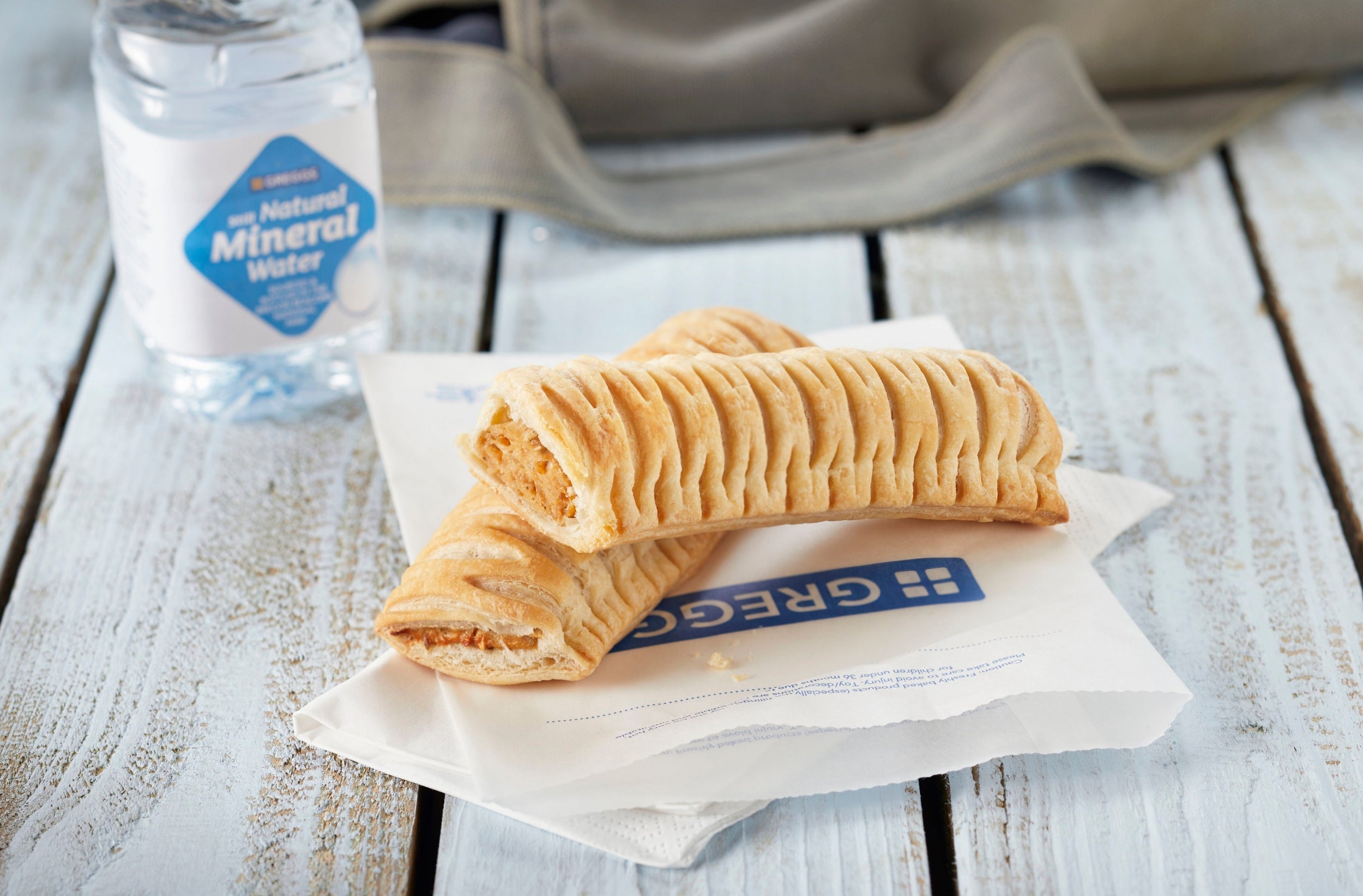 We should take a moment to appreciate the privilege of living at a time where most people in Britain would be able to tell you not only the year’s most controversial hot snack, the Greggs vegan sausage roll, but also its principal antagonist, Piers Morgan.

I’ve not seen any firm evidence Greggs didn’t pay Piers for the anti-publicity. No fee could be high enough. The VSR has flown out of the heated cabinet and the UK’s largest bakery chain is rolling in Quorn dollars.

Pastries help us take the level of the culture, marking out protean terrors and desires. The last invention to achieve this kind of fame was the cronut, the freakish deep-fried croissant from New York that put two fingers up at austerity in 2014.

The triumph of the vegan roll tells us that five years later, lacking ethics and good value from our political class, we seek it in our hot items. Frankly it’s embarrassing it took me 11 months to try it.

Anyway, here we are, in the Greggs by Holborn on a Tuesday lunchtime, waiting in line. I know I’m early, because the queue is not yet out of the door.

When I get to the counter there is only one left, down in the corner of the hot tray. With Greggs you can always tell when you’re about to have a duff one. Slightly too long in the oven and slightly too long out of it, its crust has hardened from gold to brown. Still, I let the woman behind the counter put it in its bag and charge me £1.20 to sit in.

As with all Greggs items, the first bite is the best. The much vaunted 96-layers of puff pastry flake and crumble between the teeth, filling the mouth with melting sheets of fat. Ideally they would be warmer, but the decades of engineering and experience that Greggs has put into this sensation is obvious.

Then comes the meat, or should I say meat substitute, or most accurately, the tube of special Quorn protein that runs through the centre of the pastry. The texture isn’t dissimilar from the regular sausage rolls, although it is suspiciously soft in parts.

The flavour is hard to separate from the feel. There is some pepper, some unidentified herb. The colour is unmistakably grey. I eat it happily enough, but the further into it I get, the more the meat-alternative begins to assert itself through a kind of laboratory-cheesiness, which once I’ve identified, is hard to ignore.

The former Tory MP Rory Stewart was given a hard time the other day for saying he preferred Pret to the pub. Pret, with its £2+ sandwiches and 99p cups of filter coffee, is somehow now shorthand for centrist-right metropolitanism. You can’t imagine a politician being given a hard time for going to Greggs with it’s northern roots and much cheaper menu of delicious baked goods that’s mostly unhealthy – despite its protestations about quinoa and salads.

I like Greggs, and actually go quite often, which is more than I can say about 90 per cent of the restaurants I visit, but let’s not pretend it is anything more than a popular cafe chain.

The business seems honest, somehow, which is ironic when the exact composition of their most popular items remains obscure. But there’s something odd about the fetishisation of Greggs, which suggests it has become yet another front in the burgeoning food culture war.

Either you are on the side of the Greggs vegan sausage roll, which appeals to vegans as well as lovers of cheap, filling pastry, or you are against it, which is to say on the side of real sausage rolls, anti-vegan, and against people getting good value from mass-market bakeries in Holborn.

Greggs is fine. Its sausage roll and flat-white combo makes a fine breakfast if you don’t mind falling asleep again by noon.

The vegan sausage roll is pleasant for one bite, and throw-in-the-bin horrid by the end. I wonder what next year’s hot topic will be.

Would I go again? Yes
Should you go? Yes
Can you take your parents? Yes