TV chef Gordon Ramsay believes his success in the United States may have something to do with Americans knowing “f*** all about good food.”

The notoriously outspoken chef made the comments as he accepted an award for his successful career on both sides of the Atlantic at the Britweek Innovation Awards in Santa Monica, California, according to the Daily Mail.

According to Ramsay, the moment of realisation happened over lunch with a Los Angeles Times journalist shortly after he’d moved to the United States in 2004 – when the journalist asked for her Caesar salad to go.

The 51-year-old recalled how he then proceeded to inform his lunch guest that the salad had been dressed 20 minutes ago, and it’s sat there for 25 minutes, before asking her why she would eat that – to which she responded: “It’s delicious.”

“That’s when I knew Americans knew f*** all about good food. Right there and then,” the celebrity chef said.

Since arriving in 2004, Ramsay has opened 11 restaurants across the country and has successfully hosted numerous shows including Hell’s Kitchen and Kitchen Nightmares – despite what he may think of the American palette. 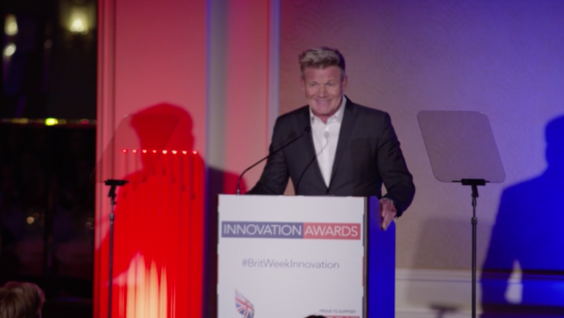 The celebrity chef expressed his disgust during the awards ceremony (DailyMail)

The father-of-four has previously provoked controversy over his comments about vegans and American foods he hates, which he told TV host Stephen Colbert include deli sandwiches and grits.

During the award ceremony, Ramsay also made it a point to thank his team and Fox for letting him be himself on air – before revealing that he doesn’t mean to swear, it is just the “f**ing idiots that I have to work with.”

Ramsay currently acts as a producer and judge on the US version of MasterChef, which is set to premiere its ninth season on May 30.