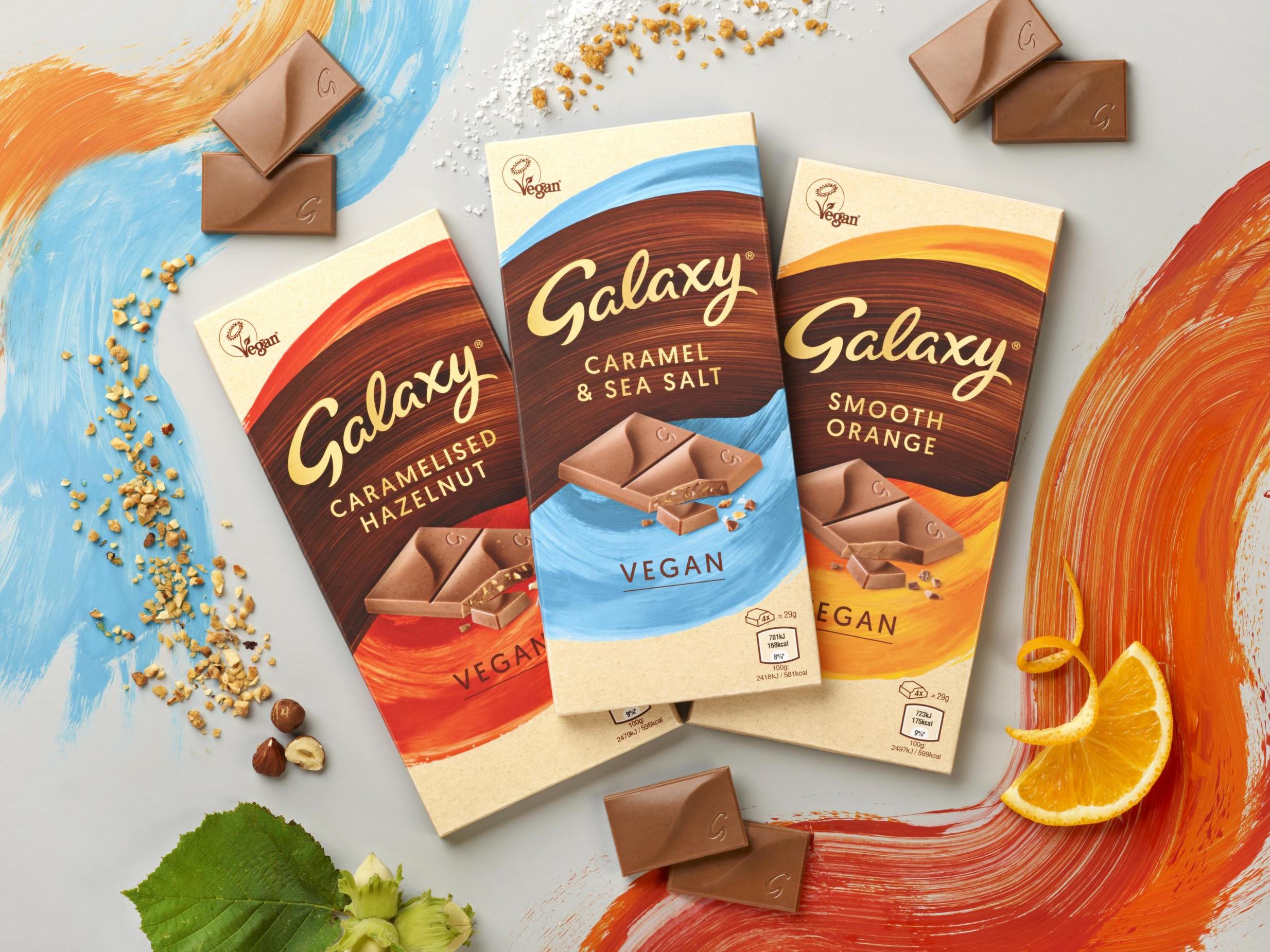 Galaxy has announced it is launching a range of vegan chocolate bars for the first time.

The chocolate bars, which will be available to purchase from next week, come in three varieties: caramelised hazelnut, smooth orange and caramel and sea salt.

Galaxy states it is the first major milk chocolate brand to offer a vegan alternative to its standard range.

The chocolate bars come in a widely-recyclable sleeve made of card and clear, compostable film.

Kerry Cavanaugh, marketing director at Galaxy manufacturer Mars Wrigley UK, said the company is “so excited” to introduce the Galaxy vegan range using a recipe that “doesn’t compromise on the brand’s signature smooth and creamy characteristics”.

“Wherever you look you can’t avoid the vegan buzz in the UK and with the launch of Galaxy Vegan we’re thrilled to be offering vegans, flexitarians and lovers of sweet treats even more ways to choose pleasure with a brand they love,” he stated.

Mars Wrigley has collaborated with The Vegan Society on the launch of the Galaxy vegan chocolate bars and the design of the range’s logo.

Abigail Stevens, trademark marketing manager at The Vegan Society, said the organisation is “delighted” that Galaxy is “entering the vegan market”.

The chocolate bars will be available to buy from Tesco stores from Monday 18 November.

Shortly afterwards, they will also be put on sale on Ocado and Amazon.

The 100g vegan chocolate bars retail at £3 each.