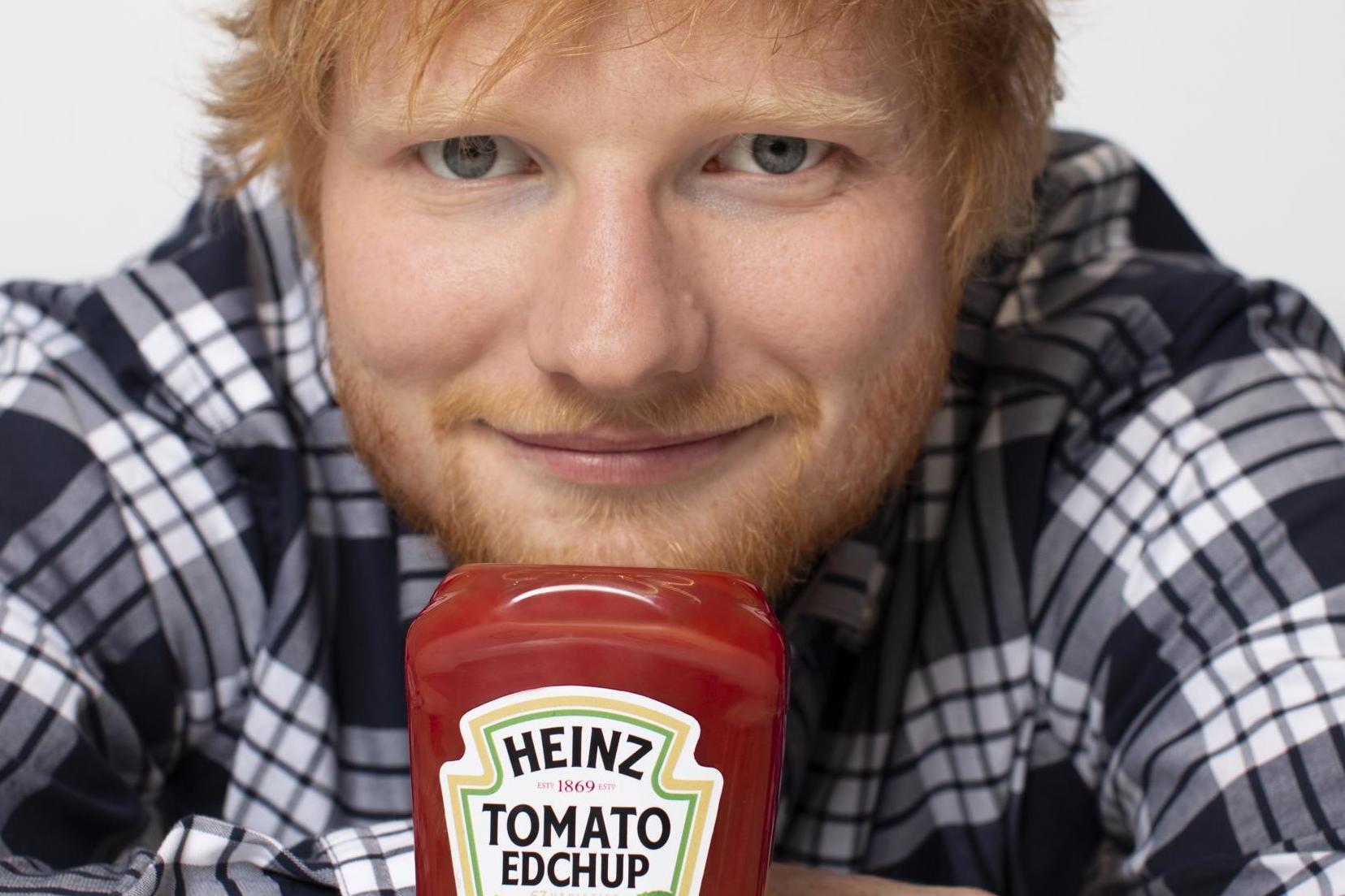 Ed Sheeran has teamed up with Heinz to create his own brand of its famous tomato ketchup, dubbed “Edchup”.

The partnership is a celebration of the British food giant’s 150th anniversary – and Sheeran’s self-professed lifelong love of ketchup.

Each of the special edition bottles features a unique logo depicting the Shape of You singer’s face reimagined as a smiley, leaf-haired tomato.

While news of the collaboration may come as a surprise to some, it’s less out-of-the-blue than you may think.

Sheeran’s devotion to Heinz is such that the 28-year-old has a tattoo of the company’s logo on his arm.

Heinz also claims that one-third of its Instagram activity since 2014 feature the musician, either in tags or mentions.

On Wednesday, Sheeran shared news of the partnership with his 29 million followers on Instagram.

“It’s actually real and you’ll be able to get your hands on one very soon,” he wrote in a caption below a photograph of him kissing his bottle of “Edchup”.

The post has already garnered more than 1.1 million likes, with fans including Friends actor Courtney Cox, who commented: “love this!!!” alongside three crying with laughter emojis.

The special edition “Edchup” bottles will officially launch in major retailers nationwide from mid-June and will be priced at the product’s normal RRP of £1.99.