Home
/
FOOD & FRIENDS
/
Diwali 2019: The symbolic foods eaten during the festival of lights 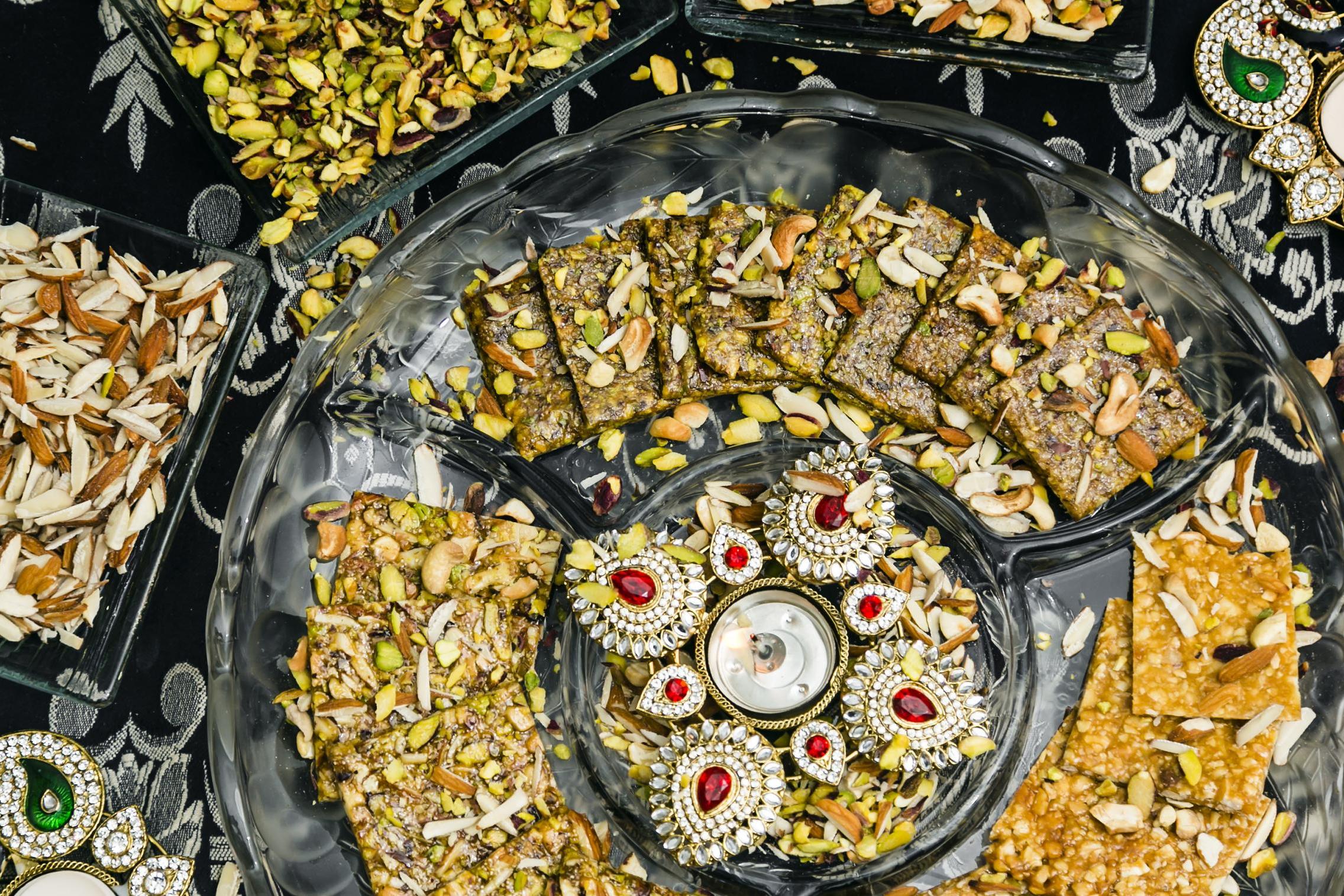 Diwali, the festival lights, sees millions of people attend events across the world every autumn to celebrate the triumph of good over evil.

Celebrated by Hindus, Sikhs and Jains, Diwali is one of the most significant festivals in Indian culture and calls for a number of traditional dishes.

From the popular sweet treats to the savoury main meals, here are some of they key foods eaten over the course of the five-day celebration, which this year begins on Sunday 27 October.

Indian sweets and desserts are called mithai and are a staple part of Diwali celebrations.

Many of the treats are fried foods made from sugar, chickpea flour and condensed milk.

They vary between regions but common ones include balushahi, which are a bit like doughnuts, laddoos and barfis.

They can be eaten alongside savoury items or eaten alone as a snack.

It’s custom to exchange decorated boxes of mithai among family and friends during Diwali.

Snacks are a fundamental part of the Diwali menu and many of them come in the form of chivda, a spiced Bombay mix which consists of a variety of dried ingredients, such as peanuts, chickpeas, fried onion and fried lentils.

Sometimes, it’s eaten as part of a meal but most of the time it’s enjoyed on its own as a snack.

This sweet dish is often eaten on the very first day of Diwali and is made from large-grain cracked wheat, which is then cooked with ghee and sweetened with sugar and cardamom powder.

It’s incredibly popular and is often served with a yardlong bean curry, as the beans are thought to represent longevity.

These small, fried patties are made from shredded potatoes and are usually served alongside regional sauces, such as mint sauce of tamarind sauce.

They look and taste a bit like potato pancakes and are usually crispy on the outside and soft on the inside, making them an irresistible traditional Indian delicacy.

Though they’re eaten all year round, samosas peak in popularity around Diwali.

The fried pockets of pastry usually come in the shape of a triangle and are stuffed with either mince meat, lentils or vegetables.

Because Diwali is all about celebrating the sweetness of life, special sweet versions are often made to mark the festival, containing ingredients such as coconut, cardamom and of course, sugar.