Home
/
FOOD & FRIENDS
/
Chef Monica Galetti on working with her husband, getting to the top and judging MasterChef 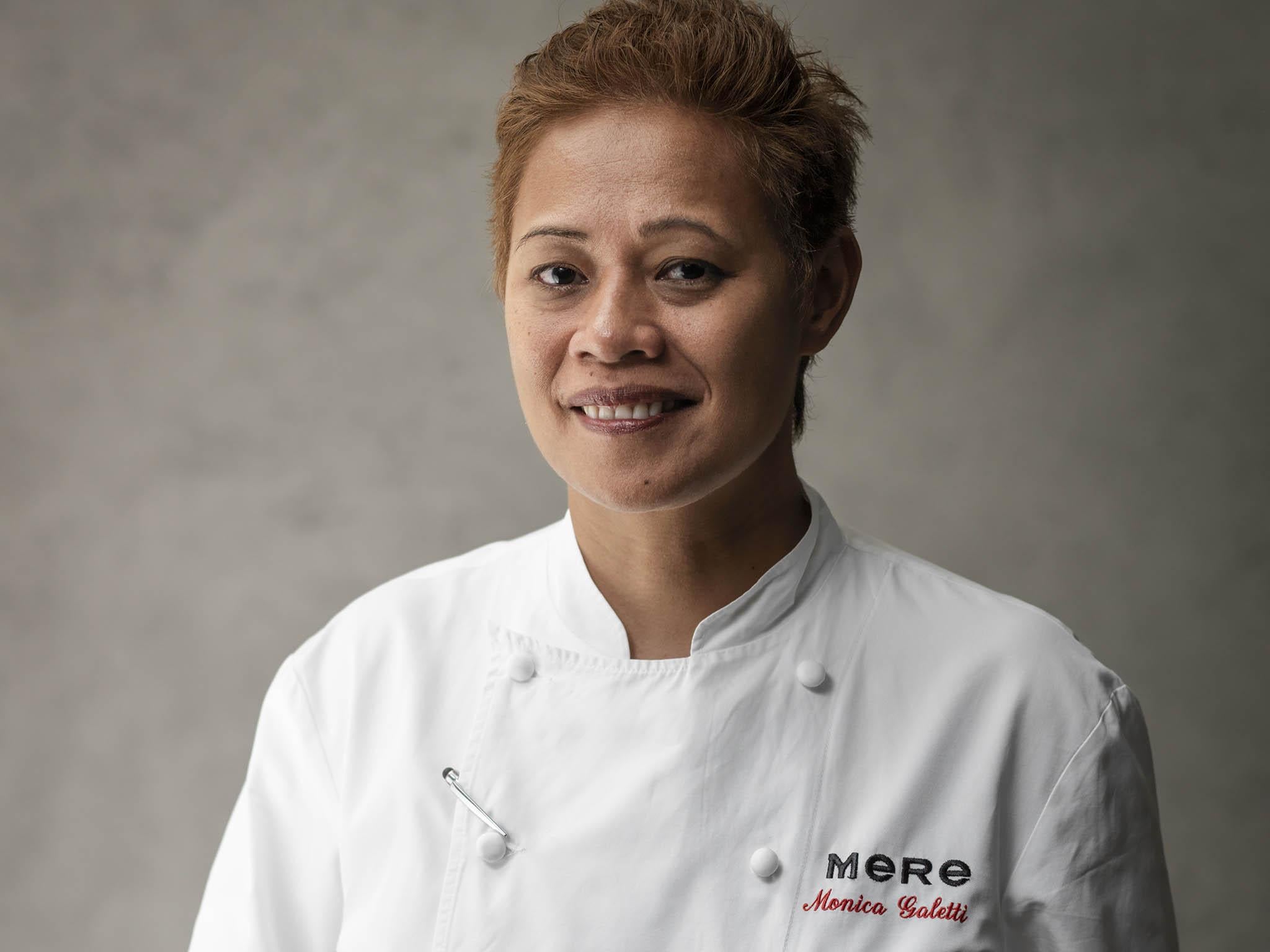 You were born in Samoa, raised in New Zealand and now live in the UK. How does your international heritage influence your cooking?

I like to adapt some of the traditional dishes from my childhood from both NZ and Samoa using British ingredients and European cooking methods.

You were the first woman to land a senior role in the Le Gavroche kitchen. What was that like?

It was tough and lot of hard work but for me was a part of climbing the ladder, and focussing on getting to the level you want to.

What are some challenges you’ve faced as a chef getting to your level?

For me it was having to move away from NZ, leaving all of my family and friends behind.

Trying to balance a career at the high end of the industry with being a mother is always tough.

What advice would you give to women aspiring to be chefs?

What is your favourite Mere dish to cook?

Pumpkin agnolotti with marmite and mushrooms. I love the flavours of this dish.

What is the significance of the name Mere?

It is Mary in Samoan, which is my mother’s name.

What has influenced the menu at your restaurant?

It is very ingredient led depending on the season. It’s also influenced from my training in the French kitchen, the South Pacific and my travels.

What is it like owning a restaurant with your husband, David Galetti?

It’s the best thing, knowing we have each other’s backs when the other is not there.

What are some of the challenges of running a restaurant?

There is never a dull day. David and I deal with everything from staff issues to broken equipment and guests enquiries.

It is challenging but it’s been the most rewarding experience to be our own bosses and work with a fantastic team.

What is your thought process when judging chefs on MasterChef: The Professionals?

What has been the most rewarding moment in your career so far?

Opening Mere with David and now being able to spend an evening or two with our daughter.

Filming another Professionals series, starting on the third cookbook, launching a gin in partnership with Salcombe gin, creating new Mere Champagne blend, collaboration with Picualia olive oil, Pub in the park with Tom Kerridge,  a collaboration with Cobra beer and most importantly overseeing Mere through what will hopefully be great 2019!