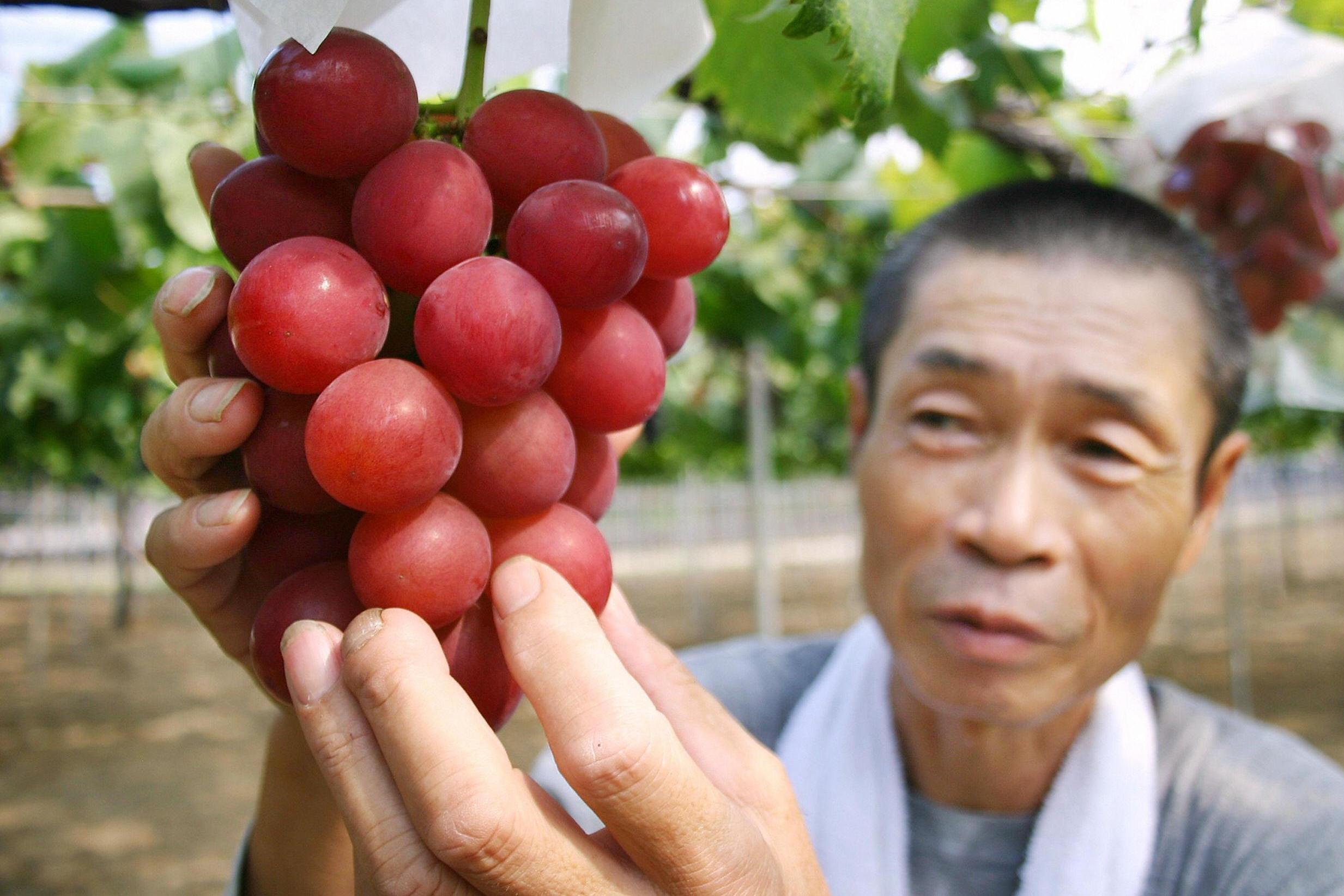 The record for the most expensive single bunch of grapes sold at a wholesale auction in Japan has been broken.

On Tuesday, a bunch of 24 Ruby Roman grapes sold for 1.2m yen, which is approximately £8,800, in the central Japanese city of Kanazawa, NHK World Japan News reports.

The winning bidder was Takashi Hosokawa, the manager of a chain of hot spring hotels in Ishikawa Prefecture known as Hyakurakuso, on the northern coast of the main Honshu island.

Around 40 bunches of the grapes, which were developed by the Ishikawa prefectural government, went under the hammer and had to meet strict criteria on sugar content and size.

The grapes are lauded for their juiciness, high sugar content and low acidity.

The sale makes the bunch the most expensive since the variety came to market 12 years ago, the auctioneers said.

“It is a great honour to be able to be able to own Ruby Romans from Ishikawa prefecture in the first year of Japan’s new era of Reiwa,” Hosokawa told NHK World Japan News.

“We are going to treat our customers with these grapes at our hotel.”

The Ruby Roman grapes have been hugely popular since their inception and are sold in limited numbers to help keep demand and exclusivity high.

According to Ja Zennoh Ishikawa, a farming cooperative, 26,000 bunches of the grapes are expected to be sold by the end of September.

However, not all of these will sell for the record prices seen at the Kanazawa auction.

In Japan, fruit is considered a luxury product and features heavily in Japan’s gift-giving culture, along with other gourmet foodstuffs including frozen steaks, whisky and black tea.

“People purchase these expensive fruits to demonstrate how special their gifts are to the recipients, for special occasions or for someone socially important, like your boss,” Soyeon Shim, dean of the School of Human Ecology at the University of Wisconsin-Madison, told CNN in 2017.

The trend for high-end fruit is not just confined to Japan either.

In January, an Indonesian shopping centre sold a variety of durian –  a tropical fruit that carries a unique sewage-like scent which has earned it the title of “world’s smelliest fruit” – for 14m rupiah, or about £750.

The “J Queen” variety was created by a 32-year-old Indonesian psychology major called Aka, who claimed he created a new and rare version of durian by crossbreeding two superior varieties from different regions in Indonesia.