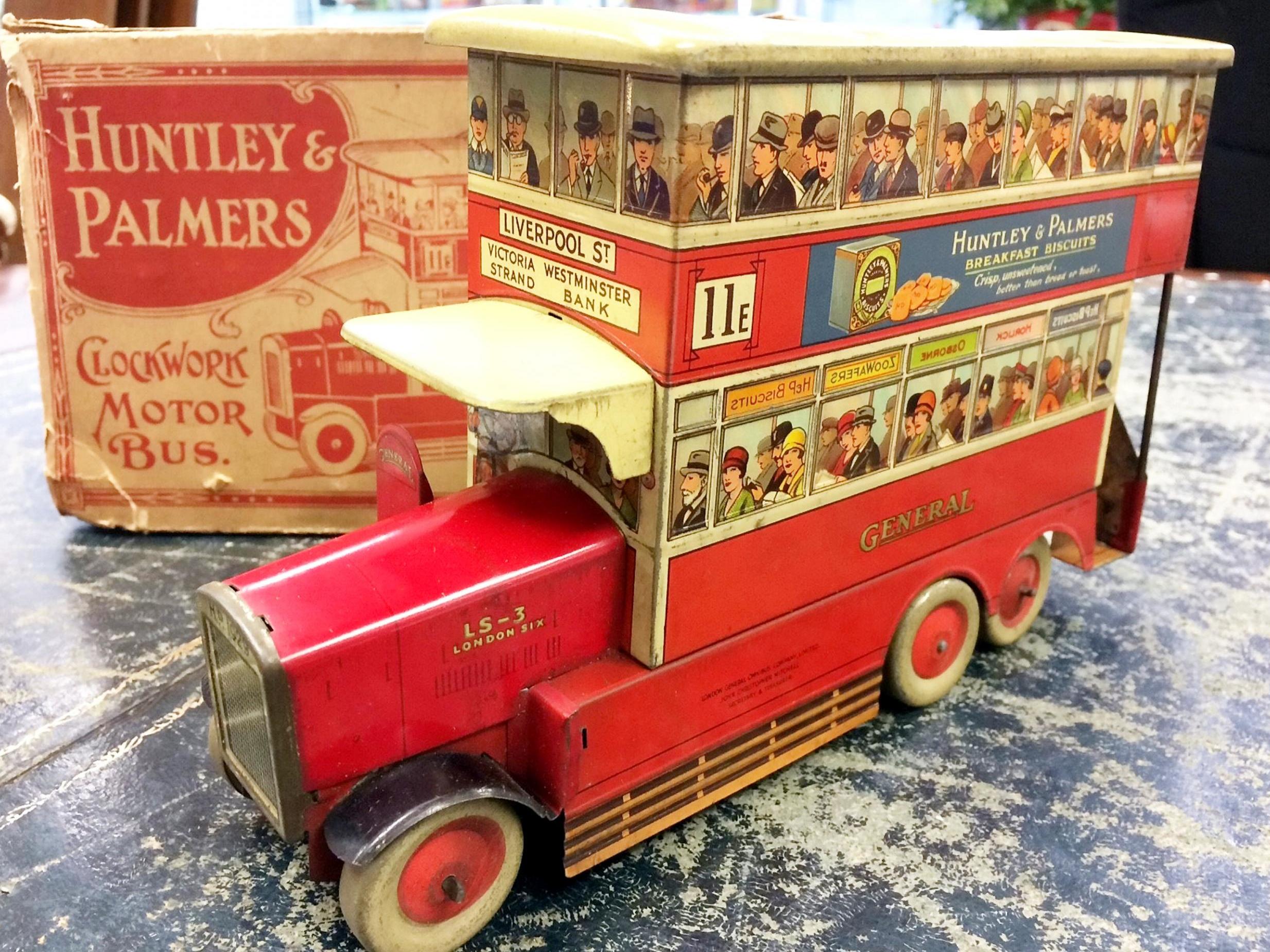 A biscuit tin left to gather dust at the back of a cupboard for more than two decades has been found to be worth £1,500.

The Huntley and Palmers biscuit box, which dates back to the late 1920s, depicts a double-decker red London bus bound for Liverpool Street.

The tin is owned by a retired couple from Nottingham, who were not aware they were in possession of a collector’s item when they placed it in their kitchen cupboard 25 years ago.

The pair, who wish to remain anonymous, recently came across the item as they moved house and decided to take it to an antique valuation event to learn more about its history.

The tin was assessed by Charles Hanson, owner of Hansons Auctioneers, at the free event in East Bridgford, Nottinghamshire, earlier this month.

“I was amazed when I saw it,” Mr Hanson said. “It had been tucked away in a cupboard at a shop and still had its original box.”

The chartered surveyor said the tin had “survived unscathed through numerous world events”.

Huntley and Palmers biscuit tins became “highly prized” items due to the “ingenuity of their designs,” Mr Hanson explained.

“Now they are collector’s items,” the auctioneer added. “From miniature replicas of vehicles to tins that could be re-used as household objects, the firm came up with ways to make their biscuit tins extra special.”

The owners of the tin said they were “absolutely gobsmacked” to learn of its value.

“I inherited it from my mum and she got it from her cousin who used to run a corner shop in the Doncaster area a long time ago. It was found in a cupboard at the shop,” one of the couple said

“We came across it again when we moved house. You put things away and just forget about them.”

Steve Fulford, a toy valuer at Hansons, explained that a clockwork mechanism underneath the tin would have originally enabled it to move.

“Th  key has not been moved for a very long time but it should be possible to get it functioning again. It’s a lovely find,” Mr Fulford added.