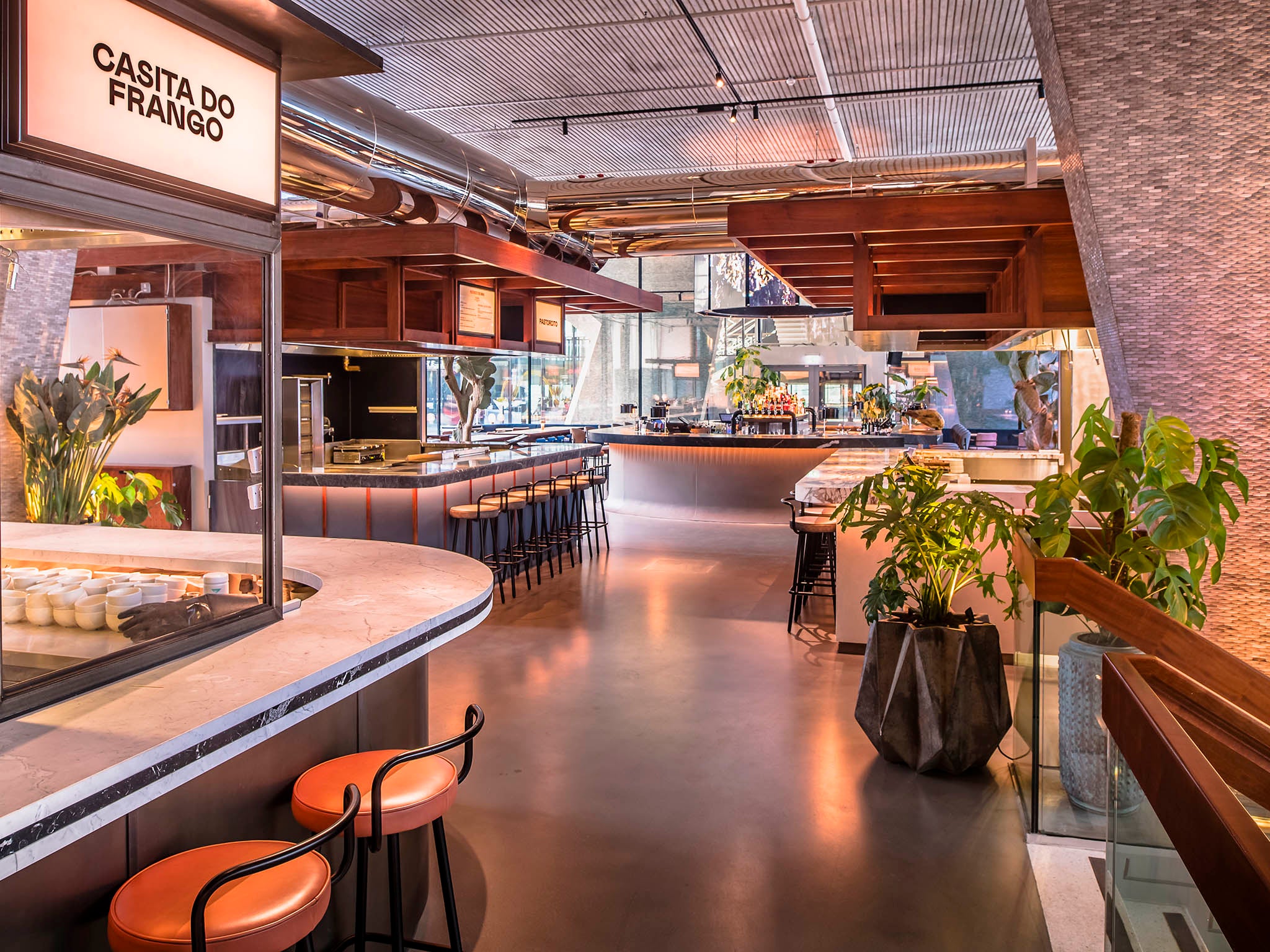 I’m eating in a theatre. Not a theatre theatre, a food theatre. Why? I don’t really like the theatre anyway, and I don’t want to eat in a theatre any more than I want a cast to pop out and do One Man, Two Guvnors in Pret.

Sadly, Arcade Food Theatre doesn’t leave us much choice. They couldn’t be clearer about it. This isn’t a market hall or a hall market or a street food opera house. It’s a theatre. Says it right there in the Google.

Perhaps the owners feel they’ve spent too much on the fit-out to give it a less-fancy title.

The idea, I assume, is that the food is the stars. The place reeks of “curation”, desperate to emphasise that this is not any old jumble of stalls, but some of the finest restaurants known to London.

You can graze from this dazzling array to suit your mood and diet, and the traders can share costs.

Pick your concession, pay, wait to collect, eat, repeat. I have no problem with this kind of eating, and have eaten some atmospheric meals like this, especially in hot climates.

At the Arcade, the system breaks your concentration and breaks the flow of the meal. With its agency-cool fonts and designer polish, it feels expensively sterile, like the business-class lounge of a despot’s spaceport.

In general, the food is hit-and-miss and almost always a rip-off, which at least brings it in line with most other West End theatres.

Casa do Frango, a restaurant I liked, served piri-piri chicken swimming in chilli oil, along with a green salad in which a little green caterpillar made stately progress along a leaf. In its defence, it was probably very hungry.

The Soho pasta institution Lina Stores is in there, but they also have a restaurant 200 metres away on Greek Street.

I expect the focal point for opprobrium will be TŌU, a spin-off from a popular Tata Eatery pop-up, which serves sandos. These are Japanese-style square sandwiches with the crusts cut off and buttressed in hype.

Broadly there are two schools of thought. Sando-apologists assert that the ingredients, especially the iberico pork, and technical mastery involved in the sandwich’s assembly, more than justify the cost. In their own words, TŌU is “challenging expectations on what can be put between two pieces of bread”, which would come as news to a number of people I shared halls with in first year.

Sando-haters, on the other hand, argue that £14 seems like a lot for a few crumbly squares of brioche, raspberry jam and a pork nugget. You be the judge.

Critics shouldn’t go out of their way to attack restaurants that nobody would have heard of anyway. Arcade Food Theatre is the opposite. They have made themselves unmissable, in the literal sense, by occupying a large double-height space at the bottom of the Centre Point tower. If you spend any time in the capital you will bump into it at some point.

You might be curious. Perhaps you’d recognise some of the restaurant names and have a look. Before you go in, though, ask yourself who is pretending, and who is being played?

Would I go back? No
Should you go? No
Could you take your parents? No