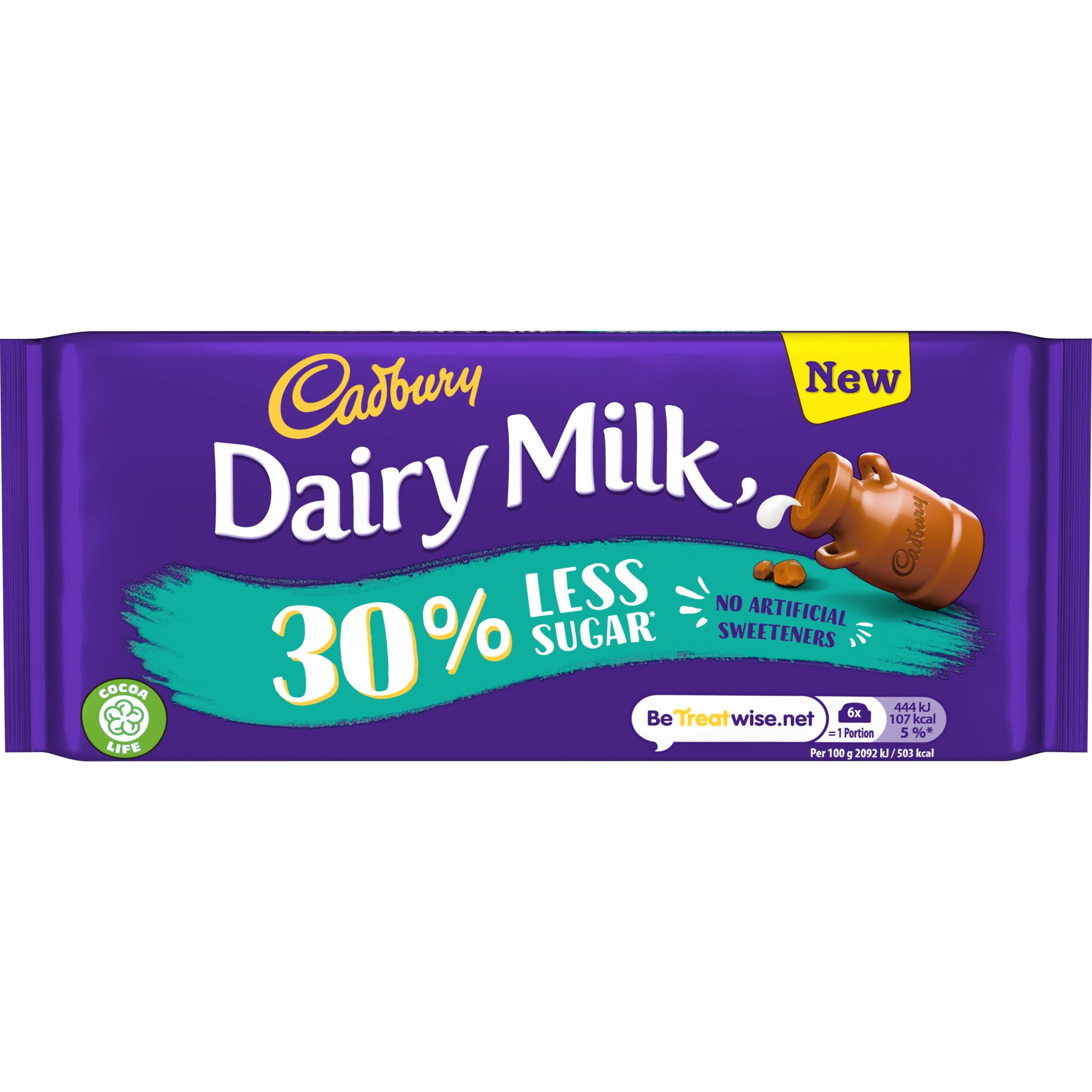 Cadbury’s has released a new version of its Dairy Milk chocolate bar which contains 30 per cent less sugar as part of the confectionery industry’s growing efforts to respond to the obesity crisis.

Mondelez International, the US confectionery company which owns Cadbury’s, has described the new bar as the “most significant innovation in the brand’s history”.

The move comes amid the company’s similar sugar reduction plans for other lines such as Oreo and Maynards Bassetts Wine Gums and Jelly Babies products.

The new recipe is now on sale nationwide in both a small tablet and single bar.

It will sit alongside the original bar on shelves and offers consumers greater choice and help to manage their sugar intake, the company said.

According to the brand, some of the original bar’s sugar has been replaced with fibre to maintain the original’s structure and texture.

However, Mondelez has said the taste of the new bar as “incredibly similar” to the original.

“We’ve recognised that there is an increasing trend for people wanting to manage their sugar intake and that’s why we have worked tirelessly to create a Cadbury Dairy Milk bar with 30 per cent less sugar, which stills tastes great,” Katrina Davison, Cadbury brand manager, stated.

A team of 20 scientists, nutritionists and chocolatiers worked for three years at the firm’s Reading and Bournville facilities to cut the sugar content down for the new bar, without adding any artificial sweeteners, colours or preservatives.

The company announced its plan to sell the new bar last year, a month after the Government unveiled the second phase of proposals to halve childhood obesity by 2030.

At the time, Glenn Caton, ​Mondelez International president for Northern Europe, said the new bar’s reformulation was a “trade secret”.

“It tastes very, very close to the original but a little less sweet,” said Caton. “It’s been tested extensively on consumers and they love it.”

The company also unveiled plans for the next two years to release its Cadbury Boost+ Protein bar with 32 per cent less sugar, 30 per cent lower sugar versions of its Maynards Bassetts Wine Gums and Jelly Babies products and a line of its BelVita breakfast biscuits with 40 per cent less sugar.

In the longer term, Mondelez also said it plans to cut sugar in Cadbury Brunch bars and Oreo biscuits.

Mr Caton continued, stating that the company recognised that consumers wanted to manage their sugar intake.

“Taking sugar out of our products isn’t easy and will take time,” the company’s president said.

“Ultimately they are treats and people expect them to taste great, but we’re working hard to find innovative solutions that provide more choice without compromising on their world-renowned taste and quality.”

News of Cadbury’s new product comes days after Nestlé announced it had found a way to create a chocolate bar without adding any refined sugar, by using the white pulp that covers cocoa beans as a natural sweetener.

The bar, which is to be sold in Japan before the company releases it into other Asian nations this autumn as part of its “KitKat Chocolatory”, contains 40 per cent less sugar than similar bars with added sugar.

According to the Department of Health and Social Care, one in three children leaves primary school overweight or obese and the number of children classed as seriously obese is at a record high.

It adds that obesity and being overweight also contribute to at least one in every 13 deaths in Europe.